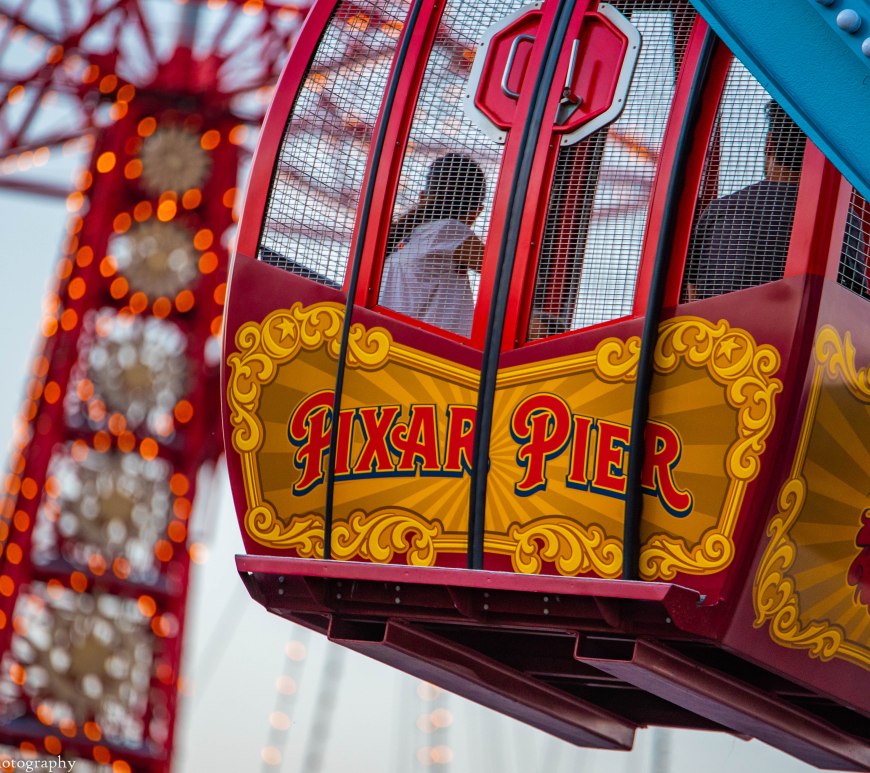 We finish up our week of DL Resort photo tours with a look all around California Adventure. Like our previous similar post for Disneyland Park, these photos were all just sitting on my computer unused from different visits. When combined together, they paint a pretty solid picture of what you may expect to see during a typical day at Disney’s California Adventure. For a bit … END_OF_DOCUMENT_TOKEN_TO_BE_REPLACED

We visited Disneyland back in August of last year and I realized I had a bunch of random unused photos lying around on my computer. Therefor, throughout this week we are going to take a mental trip out west for a series of photo tours at Disneyland Resort. To start things out, today we are going to take a look at a bunch of photos … END_OF_DOCUMENT_TOKEN_TO_BE_REPLACED

Today, we are keeping things real simple with a ride on the Disneyland Railroad. The railroad was closed for over a year due to the re-working of Rivers of America to accommodate the Star Wars Land construction. When the ride finally re-opened, it was better than ever with the re-worked scenes blending nicely into the mix. We are going to start our tour at the … END_OF_DOCUMENT_TOKEN_TO_BE_REPLACED

In this post we will take a look at our very favorite attraction in all of the US Disney parks. Disneyland’s Fantasmic is a masterpiece and should not be missed by any means. While we love Fantasmic at Walt Disney World (it ranked #1 on our Top 11 Shows At Walt Disney World list), it is still significantly inferior to its original DL counterpart. While the general … END_OF_DOCUMENT_TOKEN_TO_BE_REPLACED

Disneyland Resort is home to a lot of great attractions. In this list, we will look at MY top 11 rides at Disneyland. As with our top rides at WDW list, this is purely my opinion. I am sure many will disagree with some or all of this list but that’s ok. The best part of the Disney parks is that they have so many … END_OF_DOCUMENT_TOKEN_TO_BE_REPLACED

The Paint the Night Parade debuted at Disneyland Resort back in 2015 as part of the resort’s 60th Anniversary Diamond Celebration. The parade was a copy of the Hong Kong Disneyland show of the same name, which debuted a year earlier. The parade moved over to California Adventure for this year’s Pixar Fest. Pixar fest officially ends after Labor Day, however Paint the Night is … END_OF_DOCUMENT_TOKEN_TO_BE_REPLACED

We will be visiting Disneyland Resort in California from August 14 – August 21, 2018. We thought it may be fun to do a little giveaway contest to help spread the word about the website. Here’s how it will work. Between now and August 13, all you have to do is share or retweet one of our posts, on Facebook or Twitter respectively, for a … END_OF_DOCUMENT_TOKEN_TO_BE_REPLACED

“To all who come to this happy place; welcome. Disneyland is your land. Here age relives fond memories of the past…and here youth may savor the challenge and promise of the future. Disneyland is dedicated to the ideals, the dreams and the hard facts that have created America…with the hope that it will be a source of joy and inspiration to all the world.” — Walt Disney’s Disneyland Dedication Speech on July 17, 1955 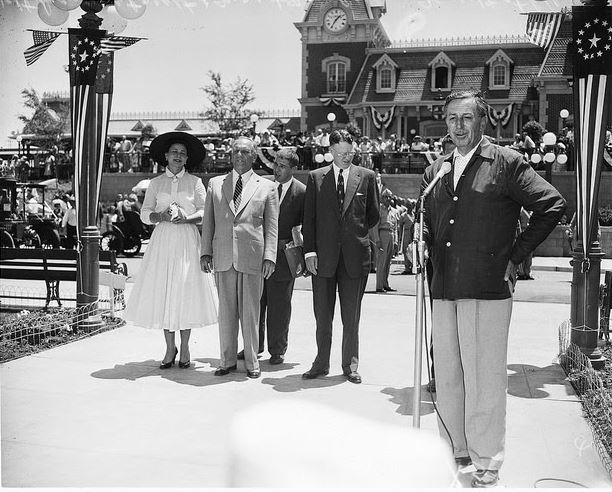 On this day in 1955, Disneyland officially opened its gates to guests for the first time. It’s fairly well known by now, but the day itself was actually a quite the disaster. The park, which was only supposed to opened to set amount of invited guests, was completely overcrowded and overwhelmed due to a large number of counterfeit tickets being sold (as well as some people even resorting to sneaking over the fences). Venders ran out of food, traffic was backed up for hours in the area, and drinking fountains ran dry (due to a local plumbers strike). On top of everything, it was over 100 degrees out and there are reports that women’s high heels were sinking into the aphalt. The asphalt had just been poured that morning in a last minute effort to finish the park on time. Walt would go on to refer to the day as Black Sunday, a name which has stuck to this day.

Luckily, despite scathing media reviews of the first day, this story went on to have a happy ending. After a strong re-do the following day, Disneyland would go to welcome 1 million visitors in its first ten weeks of operation. Furthermore, it went on to define the American theme park. Whether it is at Disneyland in California, or Walt Disney World in Florida, visiting a Disney park has become an American rite of passage for children of generations to come.  END_OF_DOCUMENT_TOKEN_TO_BE_REPLACED