We saw the live action remake of The Lion King this past weekend and I have a lot of thoughts; both on the film itself and the current trend of Disney remaking so many of its animated classics.

The live action remakes have become quite divisive as a whole. Many folks enjoy seeing new versions of old classics. Contrary to that, there are many others who feel that there is no reason for these films to exist when the original already knocked it out of the park. Disney bills the remakes as live action, but they are loaded will CGI which is really just a new form of animation. 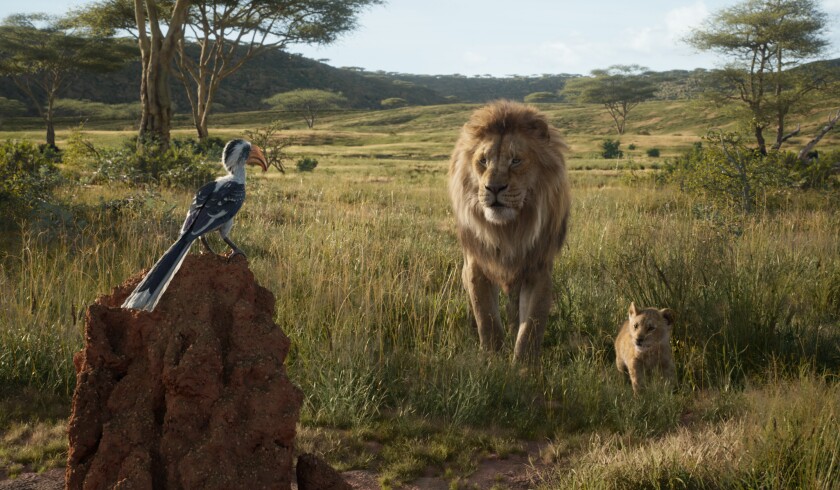 We fall more towards the detractors in this case. In almost every example, the original animated film has been superior to the live action version. The only exception to this for us is Pete’s Dragon, which was not fully animated to begin with and is definitely a deeper cut in the Disney archives.

Likewise, critics have not been nearly as kind to these remakes with Rotten Tomato scores well below the originals in most cases. This has been exceptionally true recently with both Aladdin and The Lion King below the 60% threshold and being certified as “Rotten”.  It’s worth noting, the audience score remains solid though.

All that being said, these films are continuing to make Disney a TON of money. The Lion King brought in over $400 million  world wide during its opening weekend. With box office success like that, these remakes will continue to be made.

There are already several in production with Mulan and Lady & The Tramp already in post production. A live action Sword in the Stone is filming for Disney + as I write this, and pre-production has begun on The Little Mermaid. There are also the villain films such as Maleficent: Mistress of Evil, and Cruella on the horizon. Like it or not, Disney is in deep with this remake trend.

As far as The Lion King remake goes, we were very mixed on the results. In this post, I will try to sort out our feelings. Ignoring our feelings that these remakes are unnecessary as a whole, we tried to enter the theater with an open mind and judge the film on its own.

I had a lot running though my brain both while viewing the film, as well as thinking about it afterward. Here are 11 thoughts we have, both good and bad, on the film:

1. The original 1994 version of The Lion King is overrated!

Did I lose you already? I know its an unpopular opinion but I’ve always found the original animated Lion King to be overrated. Don’t get me wrong, its a very good film. But it’s a lot of folk’s (particularly 90’s kids like myself) be all, end all when it comes to Disney films. 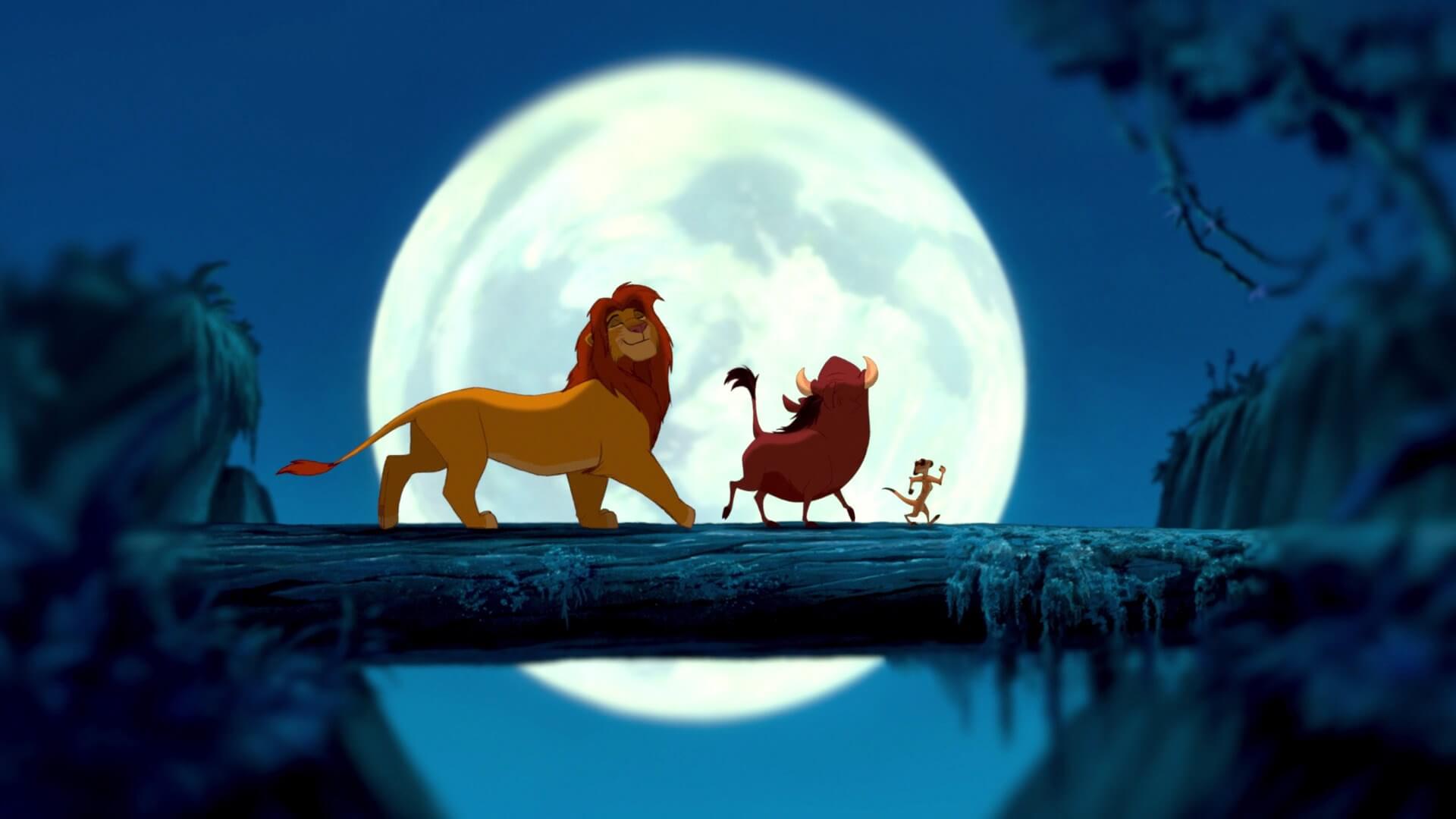 I personally am not sure i’d rank it in my top 10. In terms of the Disney renaissance, I have Little Mermaid, Beauty and the Beast and Aladdin ahead of it.  While I love the first half of the film, the second half has always seemed rushed to me. In addition to that, I’ve never loved the Elton John / Tim Rice soundtrack. I mean its good, but its not Alan Menkin level great.

2. This was perhaps the most “true to the original” of the live action remakes so far.

While most of the live action remakes so far have gone out of there way to make subtle changes / additions their originals, many scenes in this film were basically shot for shot remakes. Additionally, much of the original dialogue was included word for word.

I’m torn as to whether or not this is a good thing or not. Why mess with effective storytelling if its not broke? On the other hand, it also lends support to the idea that there was no reason to remake the film in the first place.

3. The “live action” visuals were actually quite effective… until the animals began talking.

The problem however was that this reality is broken (hard) as soon as the animals begin speaking. Once they start singing, all bets are off.  Definitely an uncanny valley vibe.

Perhaps its unrealistic, but I almost feel like an incredible remake could have been made if they told the story without any dialogue at all. Animals can tell quite the story just through their actions and body language.

I guess it’s unrealistic to think that Disney would take a risk like that but I feel confident it would have been a better movie had they done so… I’m also confident a lot of people would of hated it so Disney probably made the right call financially here.

All of Disney’s best villains are great due to their over the top nature. The live action remakes have felt the need to tone down these villains (to make them seem more real I guess?). 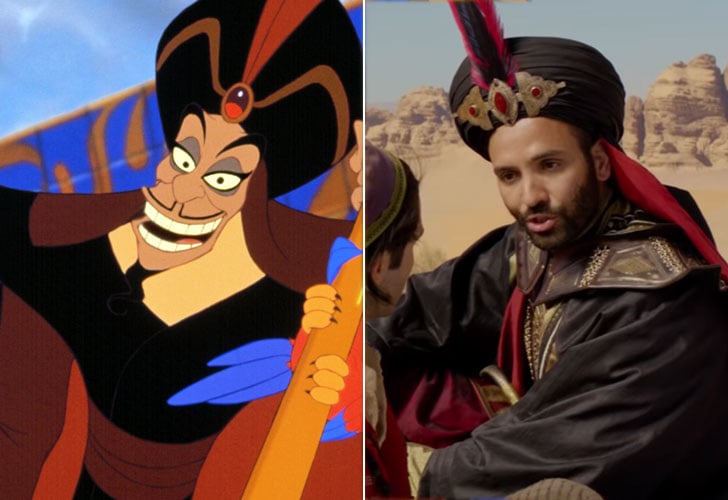 Stripping Jafar of his maniacal voice / personality and replacing that with a monotone cool and collected schemer was a disaster in the Aladdin remake. On top of that, Johnathan Freeman recently reprised his role of Jafar in the original Broadway cast of Aladdin and was delightfully over the top, proving that it still works with live actors. 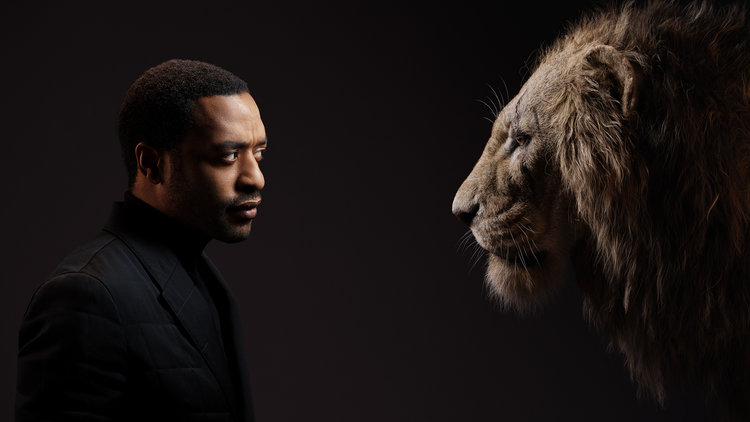 While the toning down of Scar is not as terrible here, it still pales in comparison to the original Jeremy Irons voice version of the character. The way the famous “Long Live the King” line was delivered in this film was dreadful. 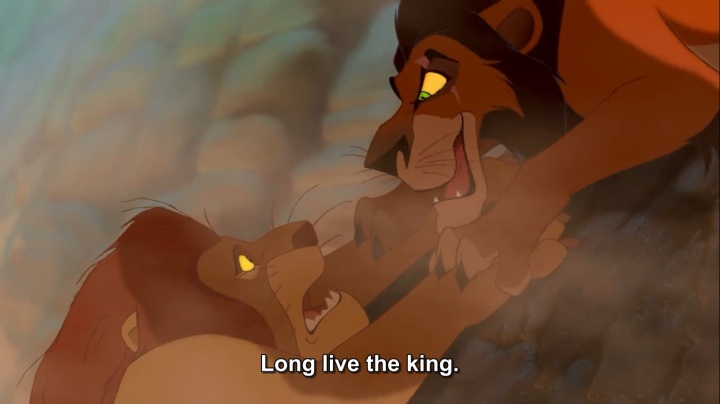 I’m legit afraid of what stripped down version of Ursula we are going to get in the upcoming Little Mermaid remake. 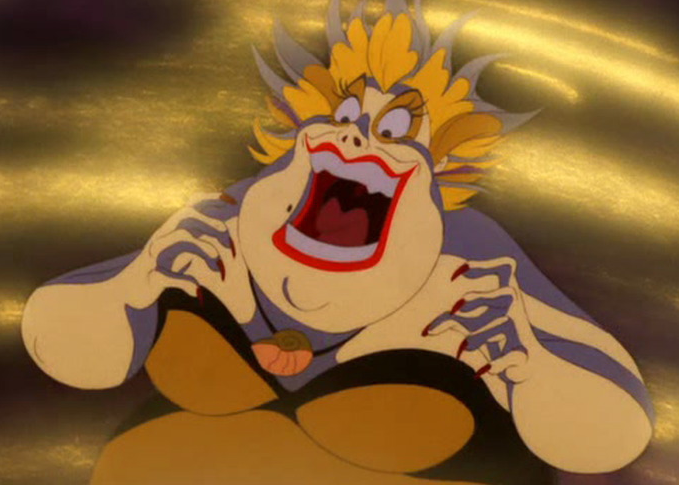 5. They ruined the best song of the original film.

Staying on the topic of an underwhelming Scar, the way Disney butchered “Be Prepared” was perhaps the low point of the film for me. 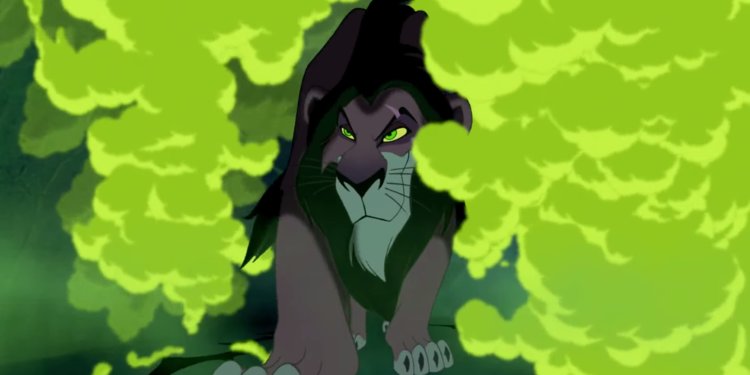 I don’t care what anybody says, Scar’s signature song is the best of the bunch in the original film. Hakuna Matata can shove it… and here it is not only shortened significantly, but delivered with such lack of emotion that it took me a few lines into it before I even realized the song had begun. 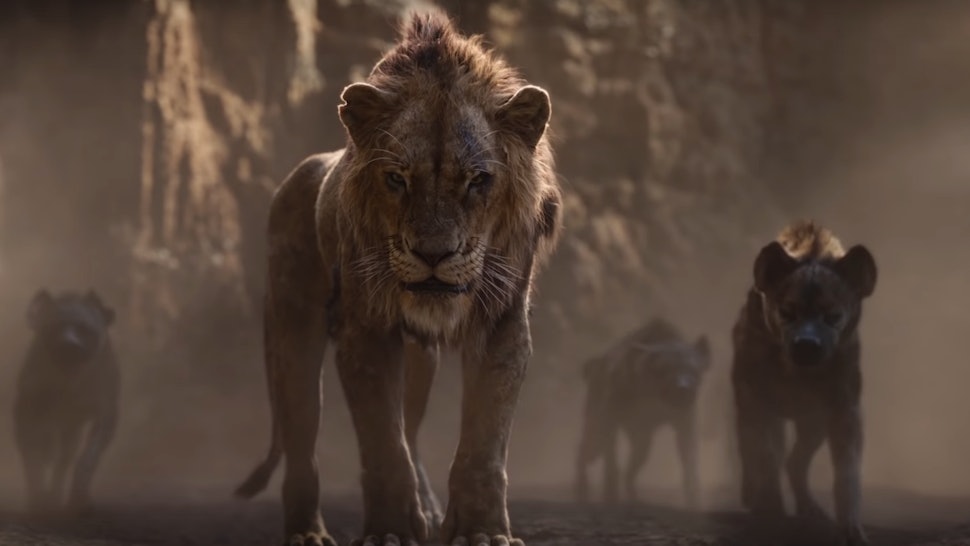 Add to that some unnecessary lyric changes and it was just disappointing all around.

6. The songs in general probably just should have been cut.

Don’t get me wrong, I love songs in Disney films. If it were up to me, all Disney films would be musicals. But as mentioned above, it just doesn’t work with “real” looking animals performing song and dance numbers.

Because of this, most of the choreography from the animated film is reduced to animals running in a straight line and singing. This is particularly true for “I Just Can’t Wait to be King” and “Hakuna Matata”, both of which are big over the top numbers both in the 1994 original and on Broadway. 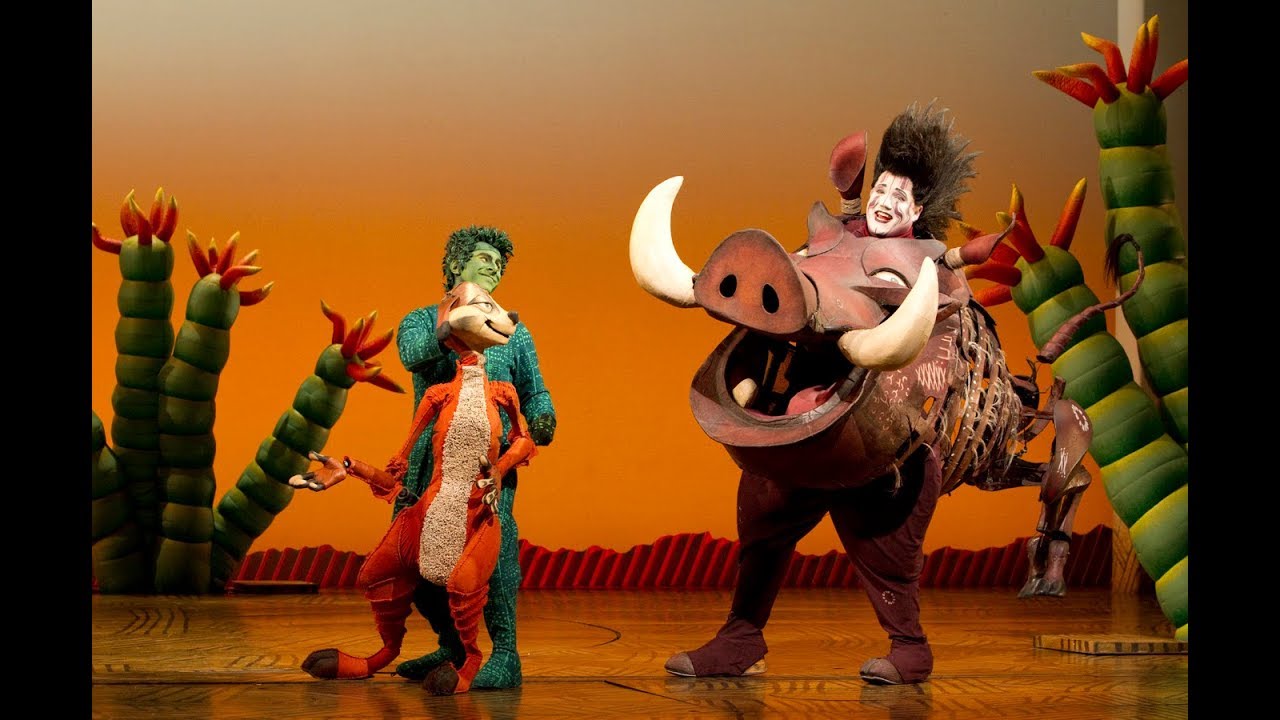 I’ve already mentioned my disgust with how “Be Prepared” was handled with this film so I won’t even get into that again here.

7. If they were set on keeping the songs, they should have doubled down and added music from the Broadway show.

The Lion King on Broadway has been an incredibly successful show for over 30 years now. The show features some really great music which not included in the original film. Three numbers in particular really help flush out the story and add impact to the 2nd half of the story. 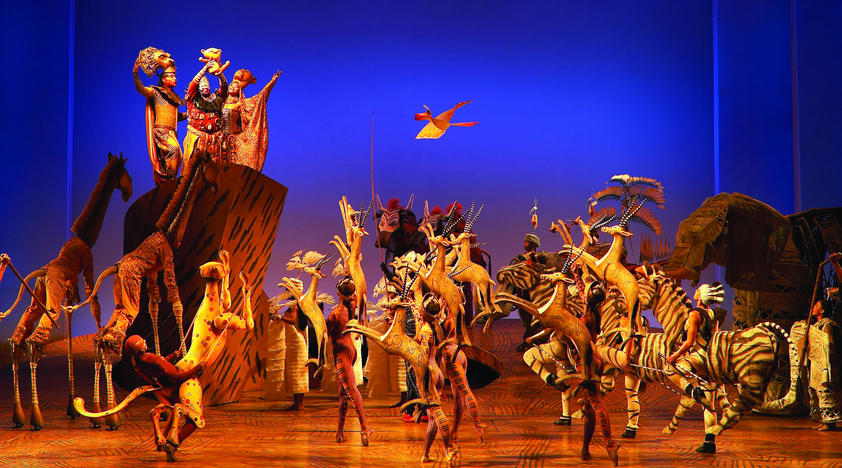 Since they decided to keep the musical numbers in the new film anyway, I can’t help but feel it was a missed opportunity to include a few of the Broadway songs in the film. 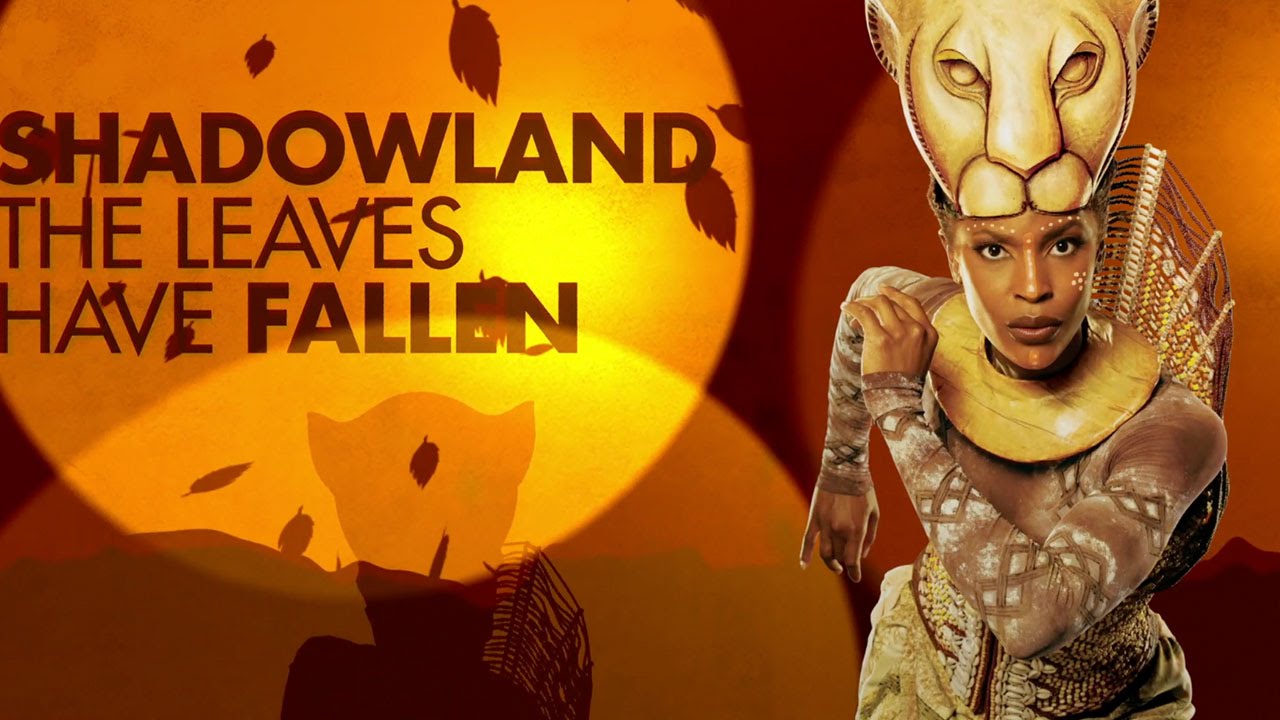 Beyonce’s “Spirit”, which was written for the film, does little for me emotionally, but hearing her belt out “Shadowland” could have been really special. Likewise, the Broadway reprise of “He Lives in You” (originally from the not so good Lion King 2) is the best piece of music in any version of The Lion King and would have been a welcome addition. 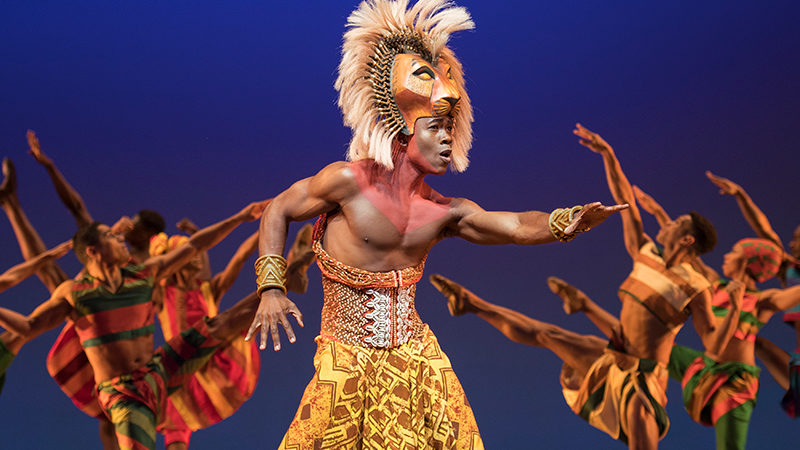 8. The story still holds up.

I know we’ve been pretty much universally negative up to this point, but we will be finishing up with some positive aspects of the new film.

The story, loosely based on Shakespeare’s Hamlet is still very entertaining. As mentioned above, the new film followed the original very closely, opting not to make plot changes as many other of the live remakes have. Scar’s plot to take the thrown from himself, as well as the growth of Simba leading to Scar’s comeuppance is still as entertaining as ever here.

As with the original, I wish there were a little more character development in the 2nd half of the film to flush it out a bit, but it still works well enough as is.

9. The comic relief is still great.

John Oliver gives a wonderful performance as Zazu. I don’t remember many off the top of my head, but he had quite a few throwaway lines that got consistent laughs from the audience. 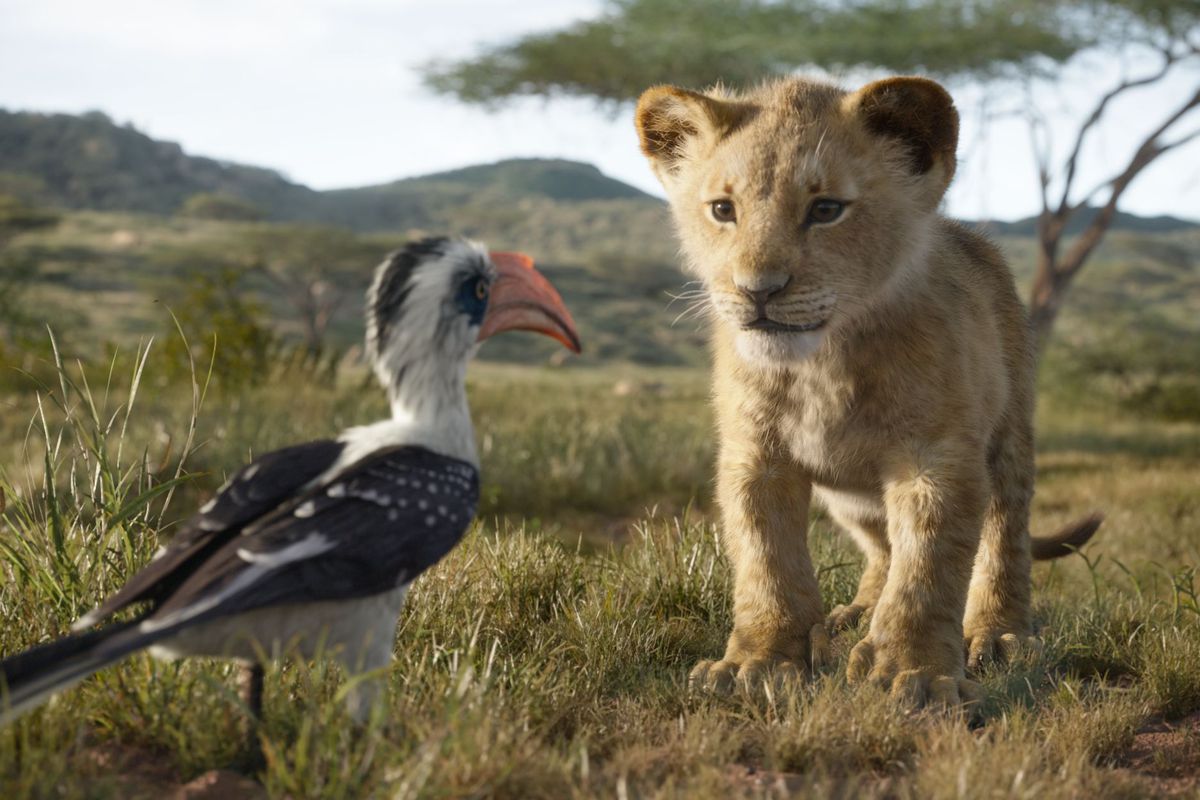 Timon and Pumbaa are both still wildly entertaining as well. I could do without all the Pumbaa gas jokes, but they were there in the original as well so I’ll give it a pass. Overall, both Seth Rogen and Billy Eichner do a great job in updating these characters in entertaining ways, while staying true enough to their original counterparts. 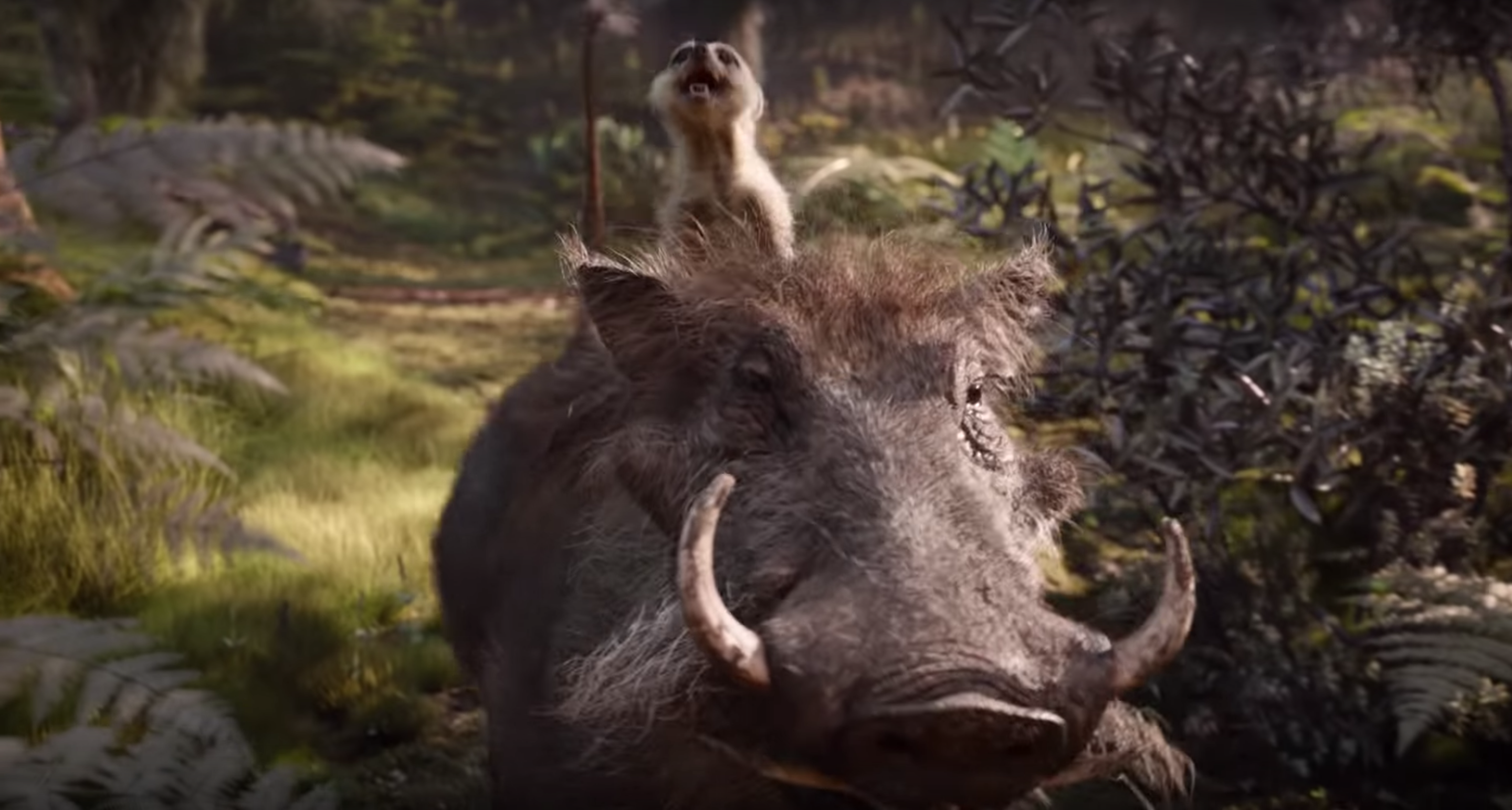 Some folks seem to be upset that Timon is a bit on the effeminate side but that seems like more their own issues than the filmmakers. The character is entertaining which is all that matters.

10. The film is beautiful to look at!

This film is visually stunning! The immersive environments, meticulously CGI-rendered characters and exquisite lighting design are all breathtaking to watch! The cinematography is top notch as well! Jon Favreau is a seasoned director at this point and knows how to shoot a great looking film.

Some things that stick out particularly in my mind are the opening recreation of the Circle of Life scene, as well as the final battle at Pride Rock. I thought the stampede scene was wonderfully done as well. 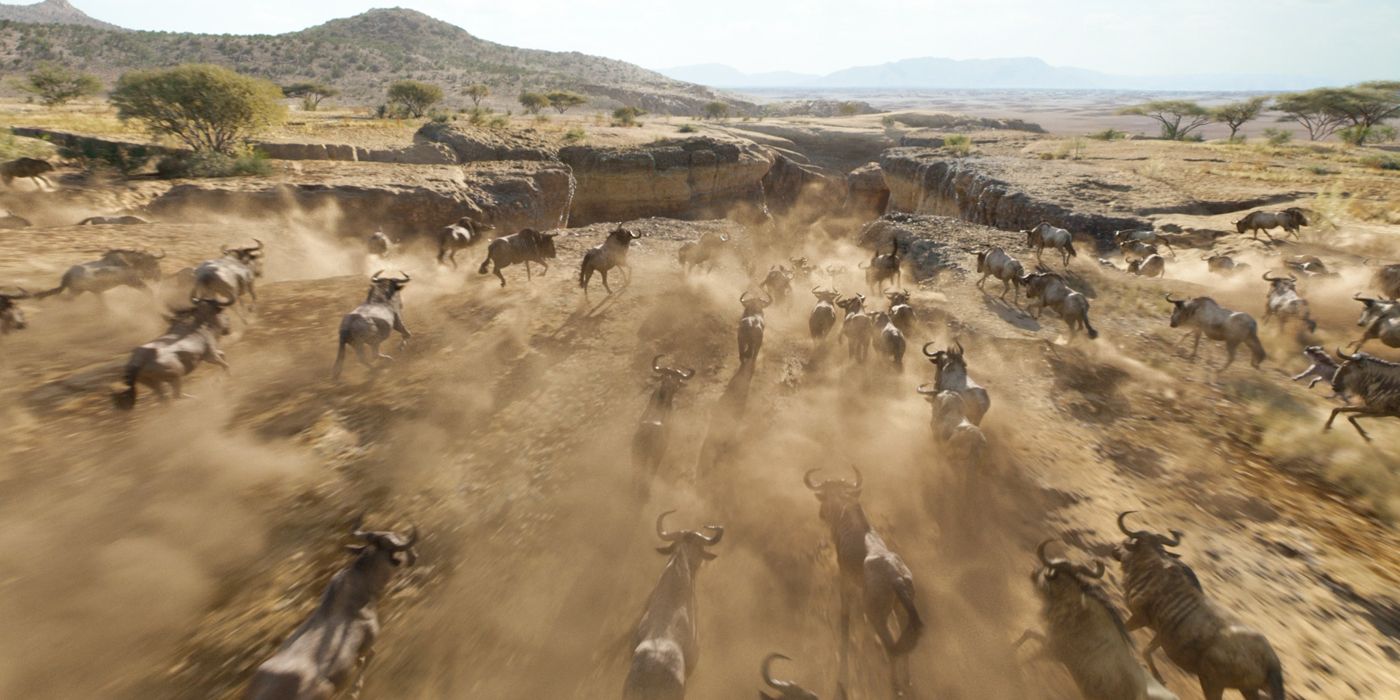 I could see myself watching this film again in the future just to get another look at all its gorgeous visuals.

Anything with James Earl Jones in immediately improves tenfold. That’s why we were so glad to hear that he would be reprising his role as Mufasa for this film. 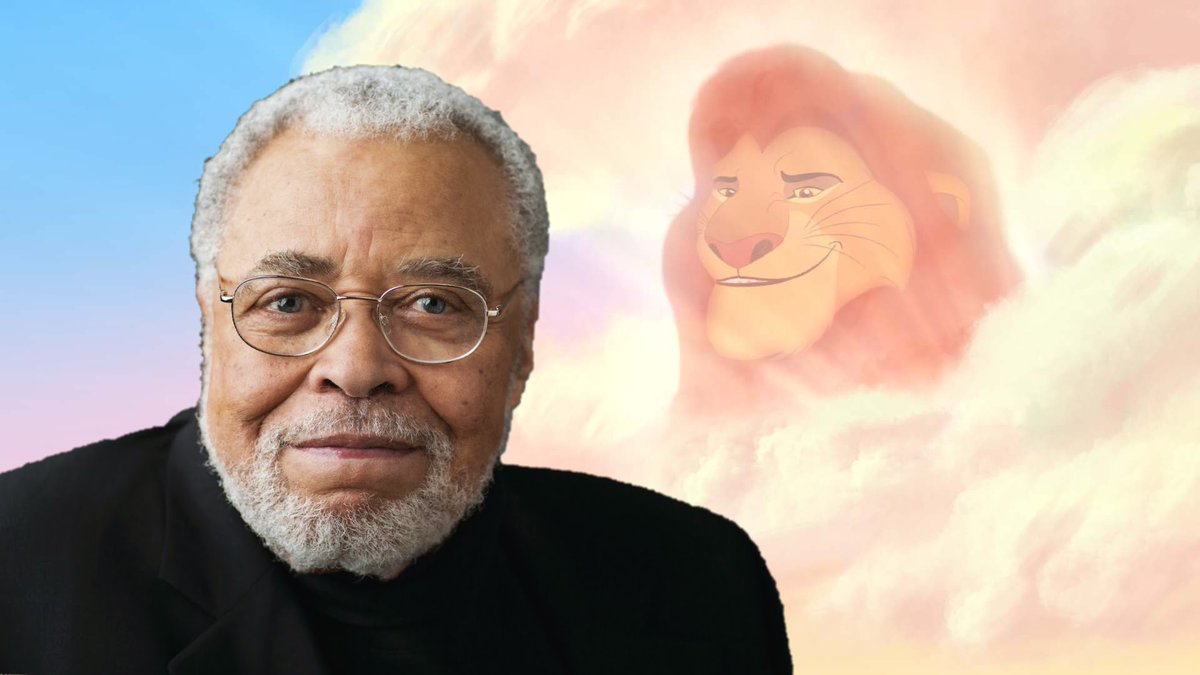 Jones is now 88 years old and his voice is as iconic as ever! I couldn’t imagine Mufasa having any other voice behind him!

Long story short, we thought the remake was better than expected, but still inferior to the 1994 film. We would be perfectly content if Disney decided to pull the plug on all these live action makeovers but that’s not gonna happen as long as box office number stay strong.

Obviously, there are a lot of people out there who love these remakes. If you are one of them then who are we to judge. We still end up seeing everyone of them ourselves so I guess we have no right to complain. As long as it does not come at the expense of Disney green-lighting new and original concepts as well, I suppose there is no harm in the existence of these films.