Today, we take a look at one of Walt Disney World’s most classic attractions. 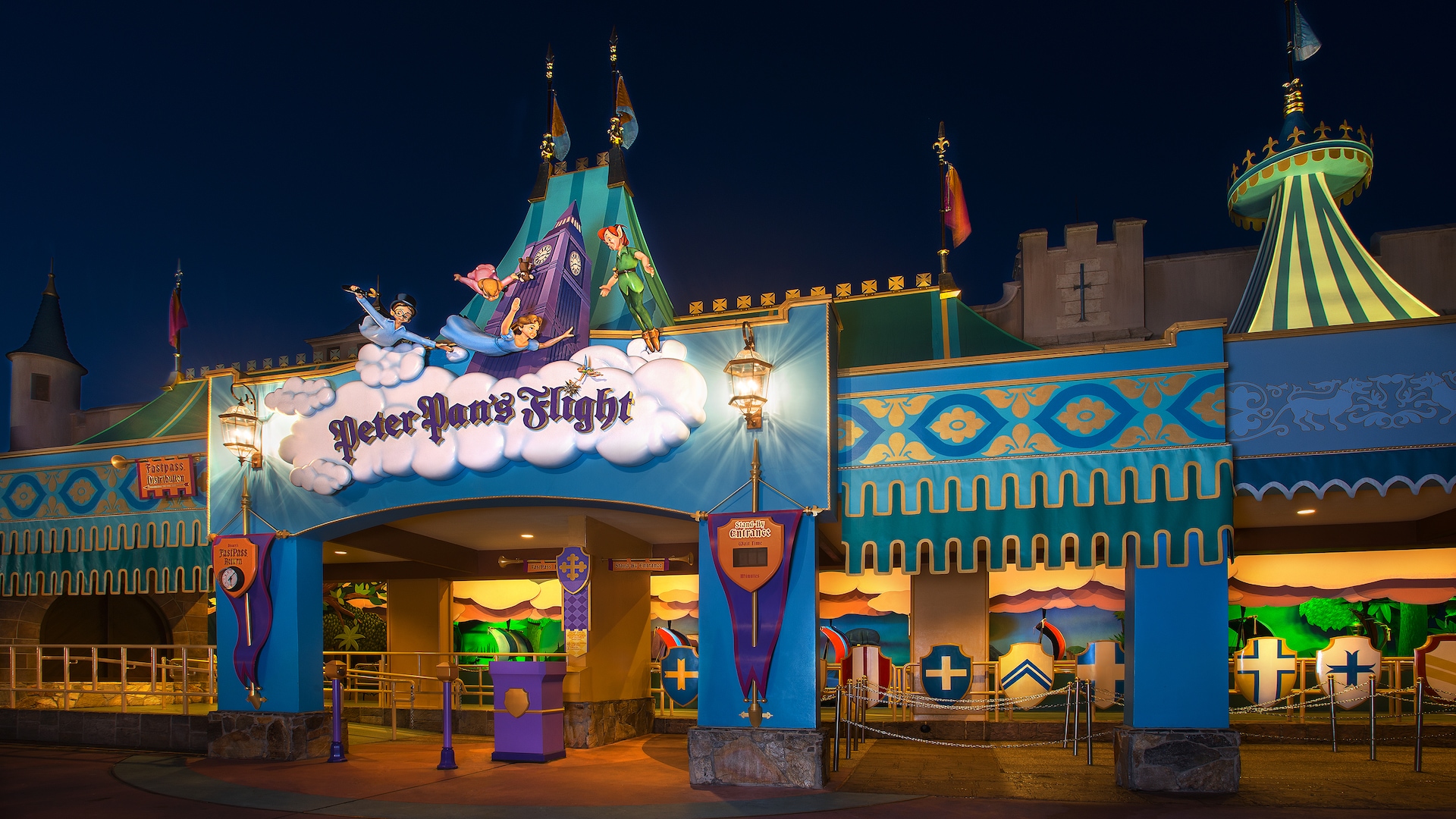 The original Peter Pan’s Flight was an opening day attraction at Disneyland. The ride allowed riders to board a flying pirate ship and fly over the streets of London and on into Neverland. When the Magic Kingdom opened 16 years later, the company followed suit and included the attraction in it’s opening day lineup!

This perhaps the most nostolgia driven experience in all of the Disney parks. Riding it is a must do for most “once in a lifetime” visitors and its almost a rite of passage.

The experience itself is rather simple by dark ride standards and its undeniably short. At Disneyland, a far superior dark ride experience in Alice In Wonderland sits only a few feet away. Still, there is a reason families rush to Pan at rope drop and regularly wait 60+ minutes to ride. The nostalgia factor and historic significance can not be ignored.

As far as Walt Disney World goes, we strongly recommend using one of your pre-selected fastpass pluses here. The ride will see hour long waits throughout most of the day. If you elect not to use a fastpass here, your best bet is going right at rope drop (luckily a good chunk of the crowd will be heading to 7DMT) or getting in line near the very end of the night. The ride features a fairly new interactive queue, but I’ve never seen it as I only ever ride via fastpass, or during early morning / after hours events which utilize the fastpass entrance. This is not a ride I would personally ever wait more than 15 minutes for, but I’m not a once in a lifetime visitor.

You start right off in the Darling children’s bedroom.

You soon fly right out the window, over Nana and out over the streets of London!

You fly past the moon and straight on into Never Neverland.

Hook and Smee are up to no good right from the start!

You will pass various characters from the film: including the Lost Boys, Mermaids and Native Americans.

The storyline is very loose and face paced. Basically the children get kidnapped by Hook and his crew, and then they are saved by Peter, though we don’t see how.

We do know that the Tick Tock Croc plays a big roll in this, similar to the film.

This is one of the more difficult rides to photograph at Walt Disney World. Not only is it rather dark, but the ships move at a pretty good and take a lot of quick turns as well.

In the end, Hook get’s his comeuppance and Smee is forced to head out and try to save him from our crocodile friend!

Peter Pan’s flight is an all time classic and we ride it every single trip. It’s a prime example that an attraction doesn’t need to be technologically advanced or contain lots of thrills to be great!