Today, we continue our series of west coast photo tours with lots of photos from all around Disneyland Park. Like our previous posts of this type, these are all from multiple visits and in no particular order.

These photos, from various trips, were all just sitting on my computer unused. When combined, I think they do a fairly good job of showing many of the sights you can expect to see during a typical day at Disneyland. Hope you enjoy! 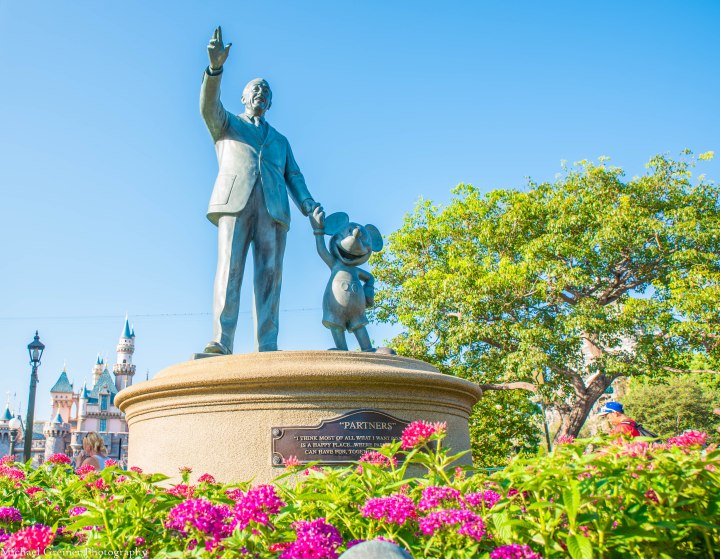 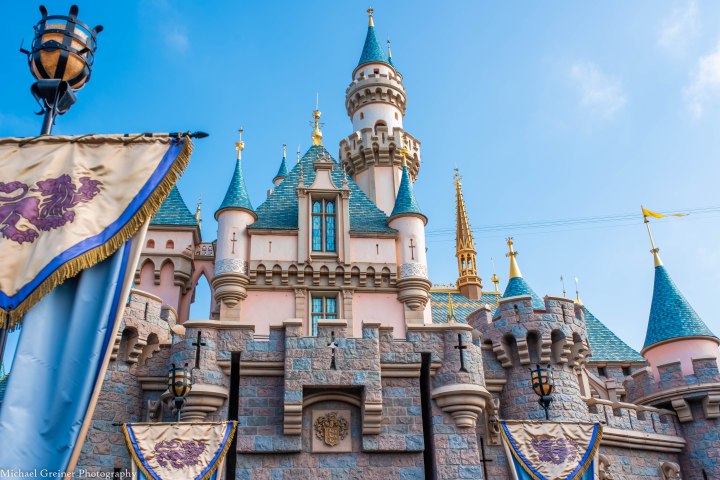 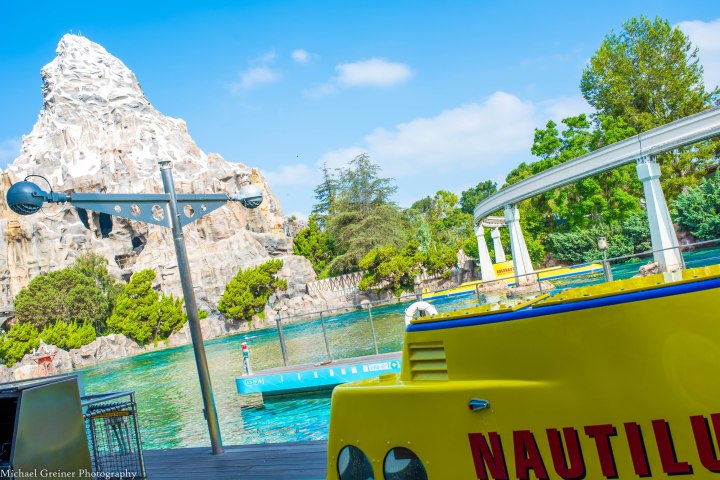 It’s awesome that DL still has a submarine attraction, but I wish it were still 20,000 Leagues Under the Sea. Nemo is more pleasing for the kids though.

The Small World Facade at DL is just a straight up delight!

Speaking of delights, we love Mickey’s Toon Town. This is yet another example of something which was chopped at WDW but survived at DL. 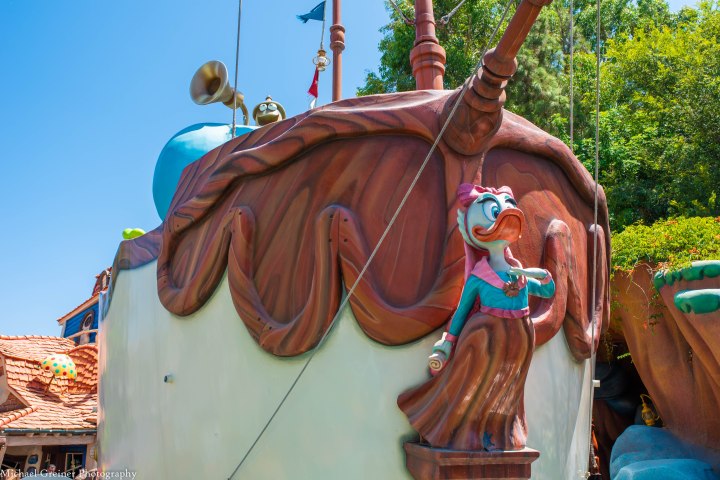 Roger Rabbit’s Car Toon Spin is an underrated attraction if you ask us. 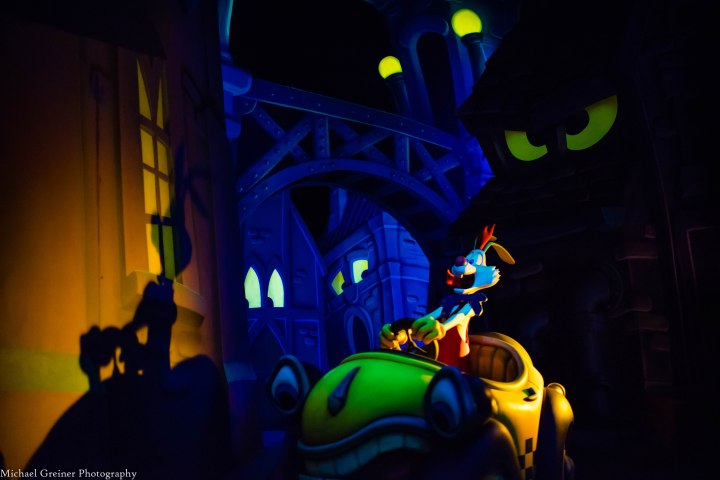 Mickey and the Magic Map is another great piece of DL’s Fantasyland. 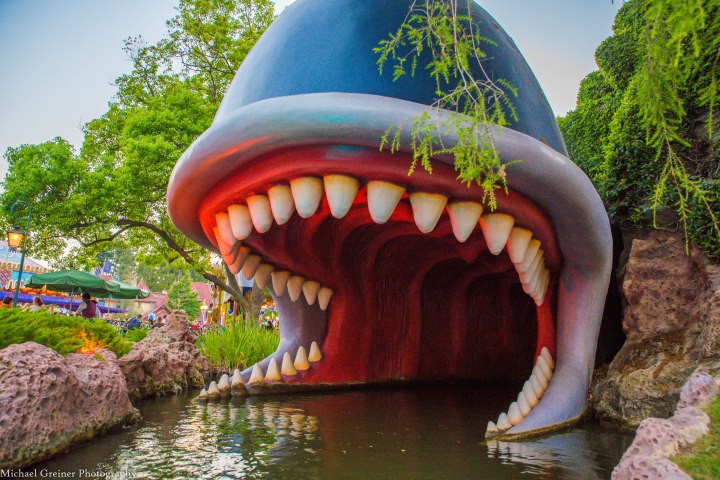 We mentioned our love for Story Book Land Canal at night in our previous post here, but its great during the day as well. 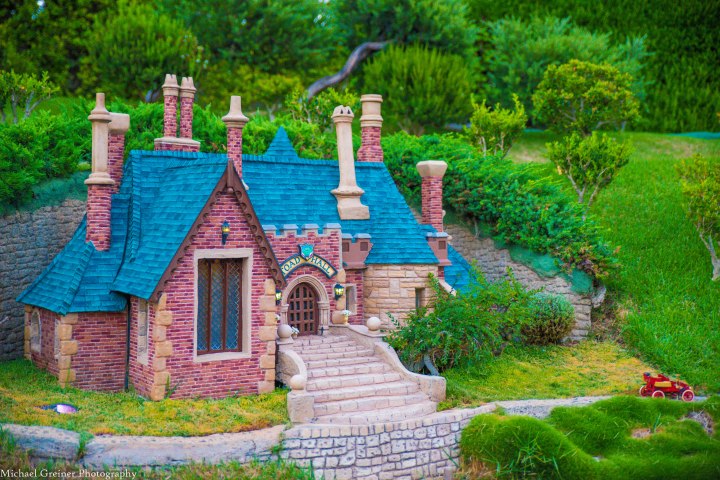 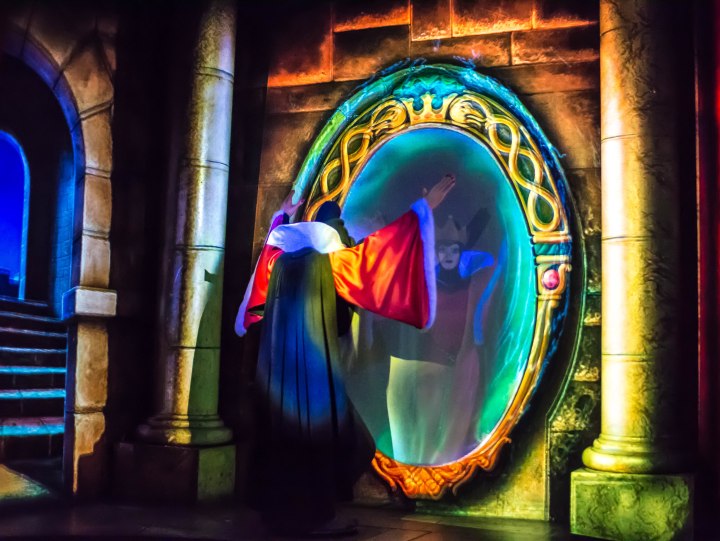 Alice in Wonderland is THE best Fantasyland style dark ride in the USA. Most people rope drop Peter Pan, but we always head to Alice first!

Unlike Magic Kingdom, The Many Adventures of Winnie the Pooh is not located in Fantasyland here. Instead, its over in Critter Country where it unceremoniously ousted Country Bear Jamboree. Due to it’s location, it’s not very popular in DL with rarely more than a 5 – 10 minute wait. 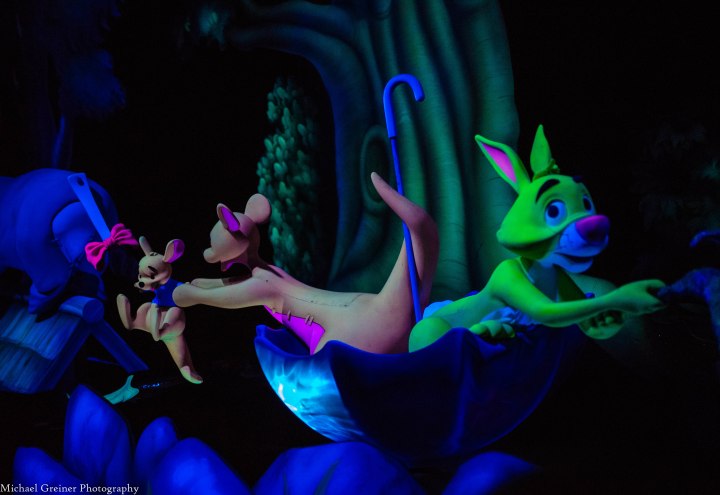 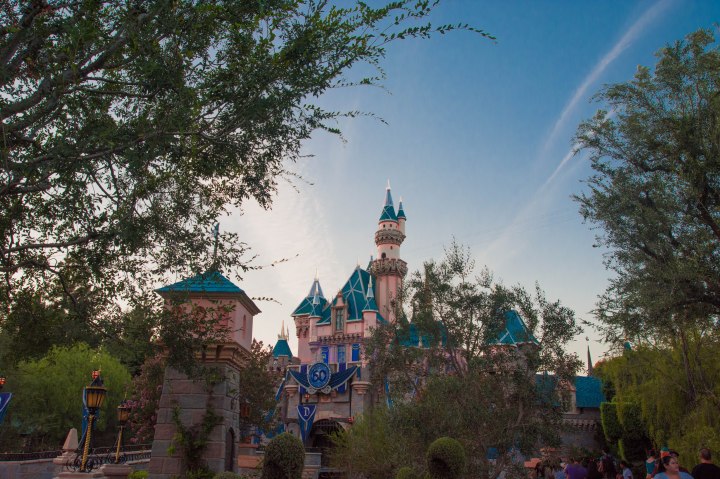 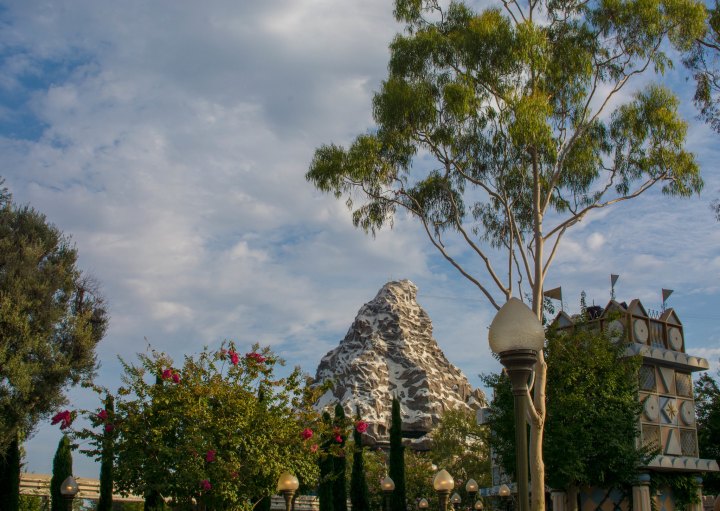 The Matterhorn is still super popular but its also a super rough ride. Be ready for some aches and pains after riding. 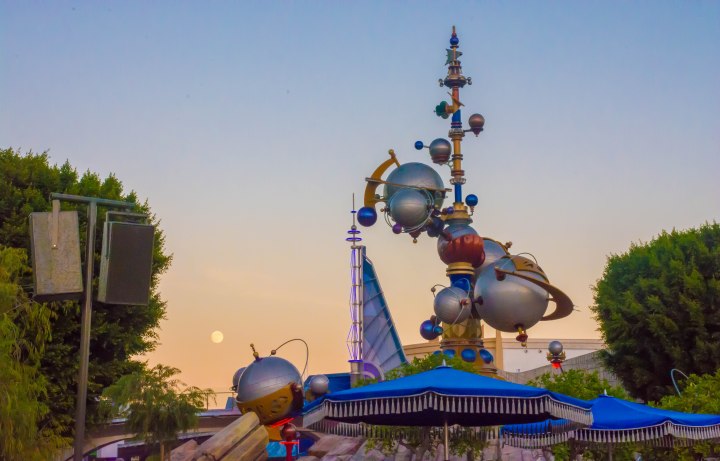 Splash Mountain at DL is inferior to the WDW version in almost every way. That being said its still better than just about any other log flume ride out there that isn’t at Magic Kingdom.

Hungry Bear Restaurant is always a solid quick service choice. It has pretty good food and one of the bigger, more relaxing seating areas in the park. That may very well change once Galaxy’s Edge opens next month!

Roaming characters are way more common here than at MK. That’s a big plus in our opinion. You never know who you may run into! My nieces loved meeting Redd!

While DL’s Splash Mt may be inferior, it’s version of Pirates is one of the best dark rides in the entire world. Its almost twice as long as the MK version and features 2 drops instead of 1.

It’s our #1 attraction on our Top 11 Rides at Disneyland Resort list. 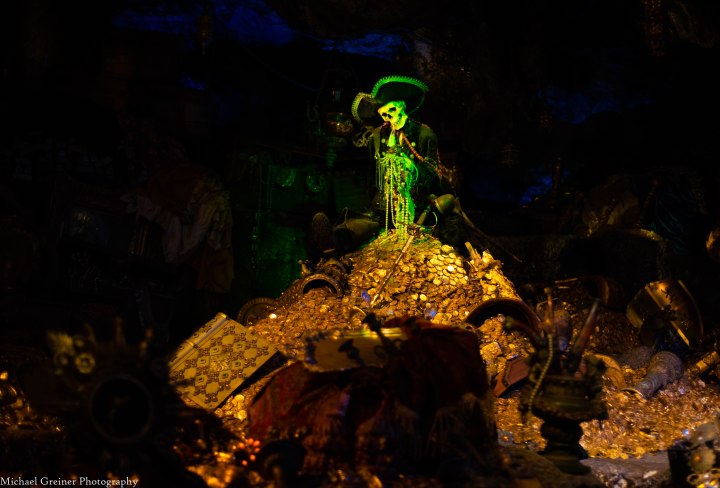 I think the Shadowman and Layla may have something up their sleeves here. 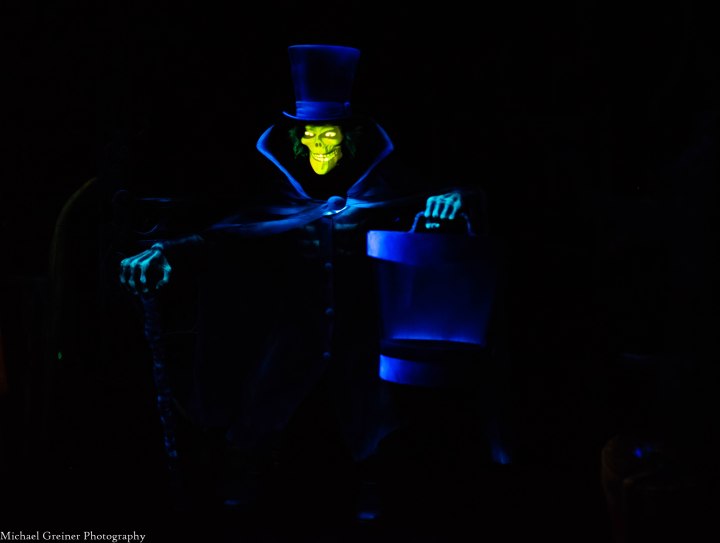 The Hatbox Ghost is the recent big addition to DL’s Haunted Mansion… and he is unsurprisingly awesome! 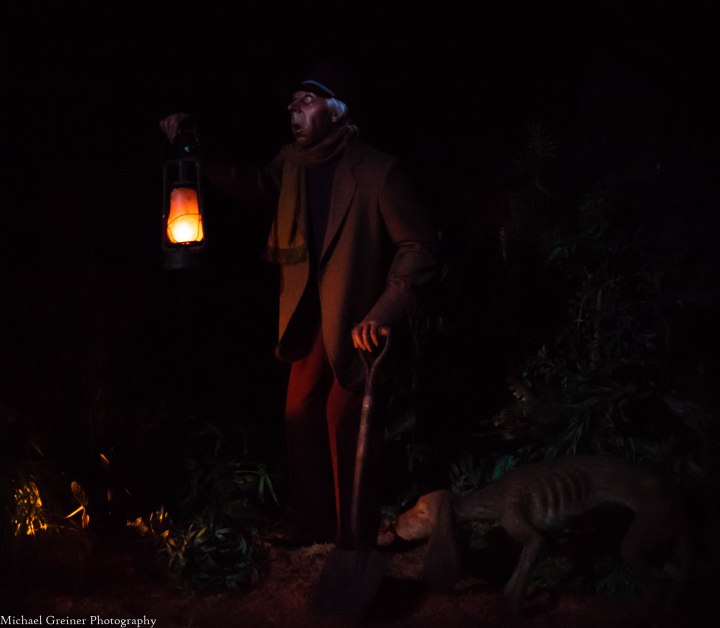 The Haunted Mansion caretaker above is probably the most difficult animatronic to photograph on property. This is probably my best result so far trying to shoot him.

Indiana Jones Adventure uses the same ride system and track layout as Dinosaur at Animal Kingdom. That’s where the comparisons end though. Indy is a much better attraction all around.

We’re on team DL when it comes to comparing Space Mountains. Sure, its got a more simplistic track layout, but its way smoother and the 2 wide seating is a nice plus.

If you are looking for character dining, Minnie’s Breakfast in the Park at Plaza Inn is your best bet. Lot’s of characters appear all at once (I think there were 8 or 9 when we ate there), several of them on the rare side. Our friends at Disney Tourist Blog have a great review of the full experience here! 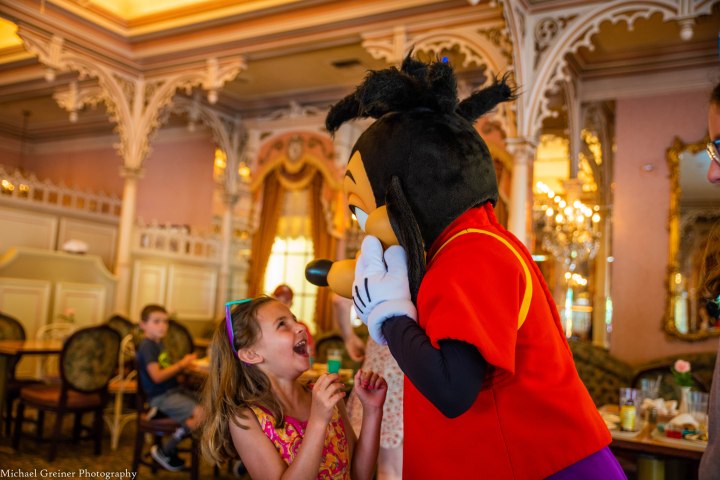 If you would rather stay outside the parks, Goofy’s Kitchen is a fun experience as well.

Well, that about wraps things up for this photo tour around Disneyland Park. It’s our favorite theme park in the World (we haven’t been to Tokyo yet) and we love sharing our experiences there with you. Hope you all enjoyed it as well!

One thought on “Disneyland: Photos From Around The Park”