Since our last post was a bit on the negative side, I figured we’d follow that up with a post showing some of the many things I love about Disney’s Animal Kingdom.

Much like we recently followed up our Festival of the Arts post with a stroll around World Showcase, this is basically just going to be a bunch of random photos I took while walking around Animal Kingdom before the After Hours event. 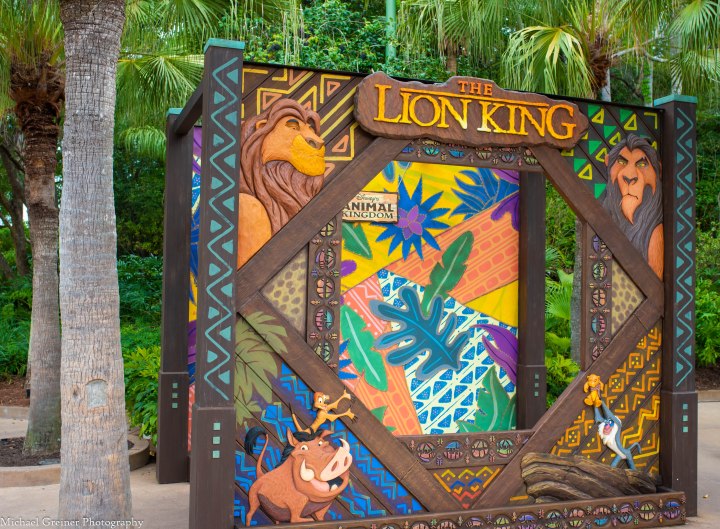 There is currently a stronger than usual Lion King presence in the park. It’s hard to believe its the 25th anniversary of the film already. That makes me feel super old. The first thing you will come across when approaching the park entrance is this little photo op set up.

On Discovery Island, the Hakuna Matata Dance Party is going on throughout most of the day. The always awesome Viva Gaia Street band provides the tunes while you can get your groove on with various combos of character. I’m pretty sure Timon is almost always there. 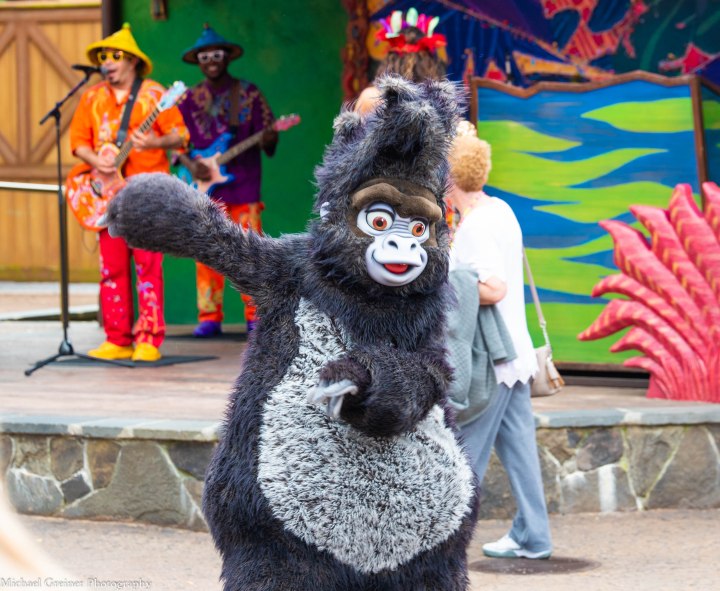 Poor Terk was dancing alone the entire time I was watching. 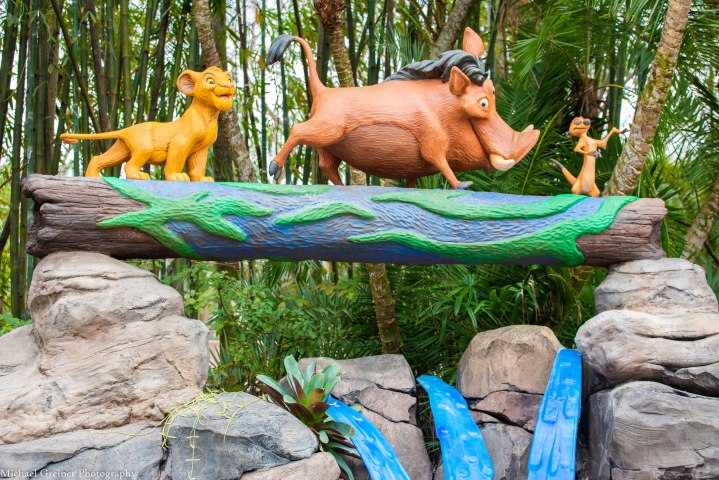 The photo op above can be found just past Island Mercantile as you make the left turn towards Pandora.

The kangaroos were out in front of the Tree of Life on this day. Their usual viewing area is closed for renovation. 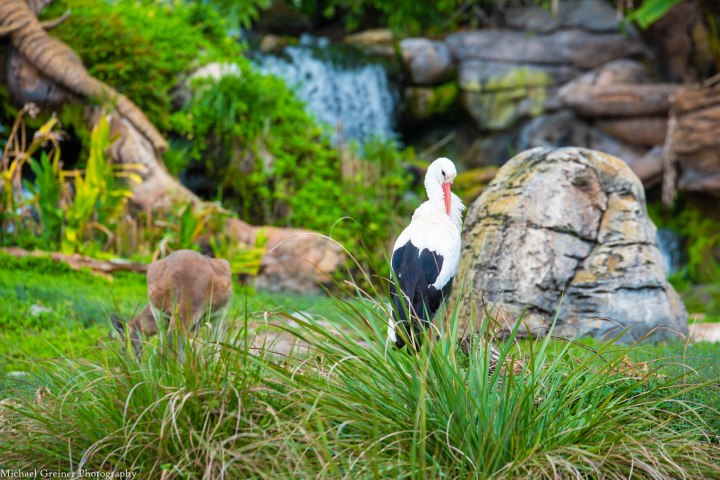 One of the most underrated “attractions” at Animal Kingdom is the Discovery Island Trails.

I assume if you are reading this you are more than a casual fan, so its likely you know about the trails which weave around the base of the Tree of Life. However, many guests just walk past this entire area on their ways to Africa or Asia without even giving them a second glance. 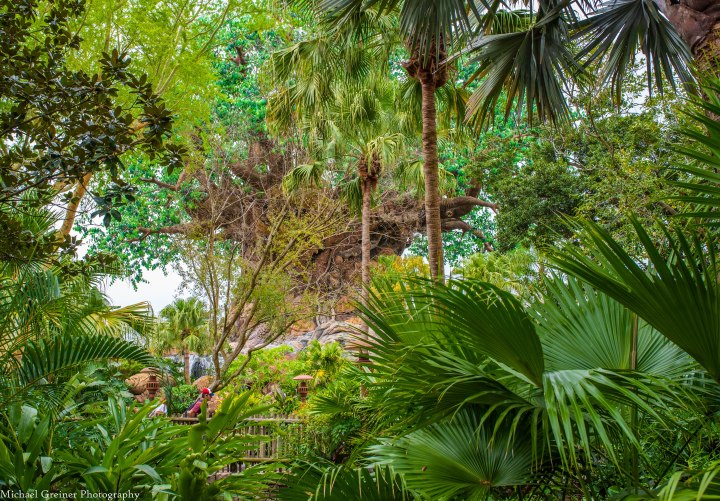 These trails are full of lush scenery and provide a bunch of great animal viewing opportunities as well. 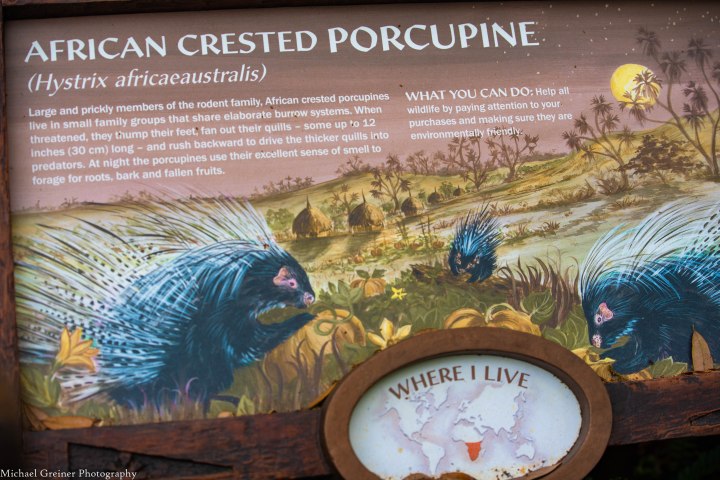 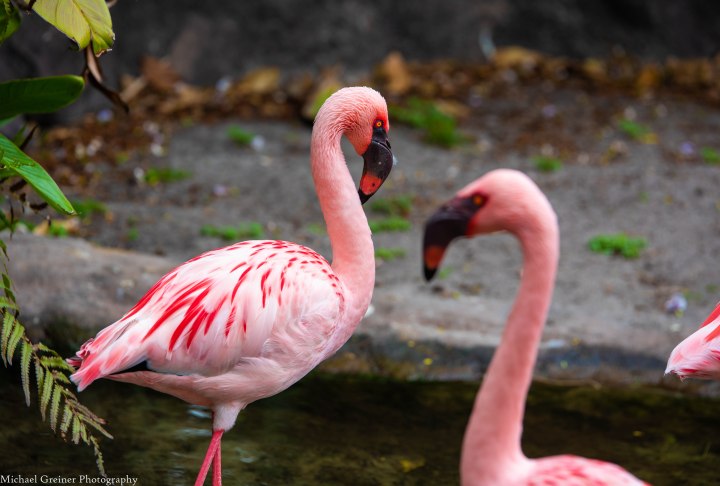 One of Animal Kingdom’s biggest strengths is it’s attention to detail and commitment to theme. Just walking around the park is a joy in itself. This is why I never viewed Animal Kingdom as a half day park. Anyone who said that was not taking the time to take in all the subtle things AK has to offer.

I absolutely love all the animal carvings in the tree of life. The tree has over 300 species carved out in it. It’s really incredible when you take a close look at it. 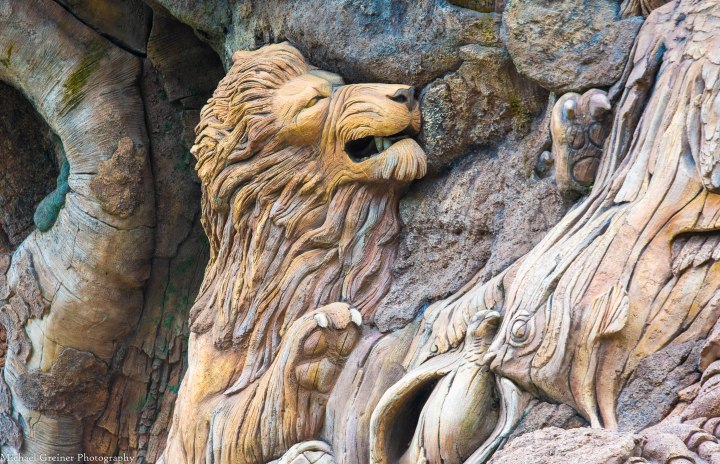 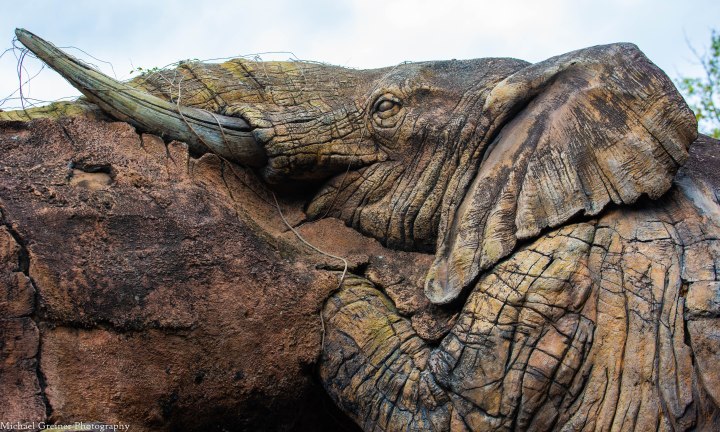 I was acutally planning on doing an entire post dedicated to the Discovery Island Trails, however sadly the majority of them were closed off on this day for renovations.

Hopefully when it re-opens in the near future it will be looking better than ever. For now, let’s head over towards Africa.

I praised Animal Kingdom’s attention to detail above and nowhere is that more true than in Harambe Village. 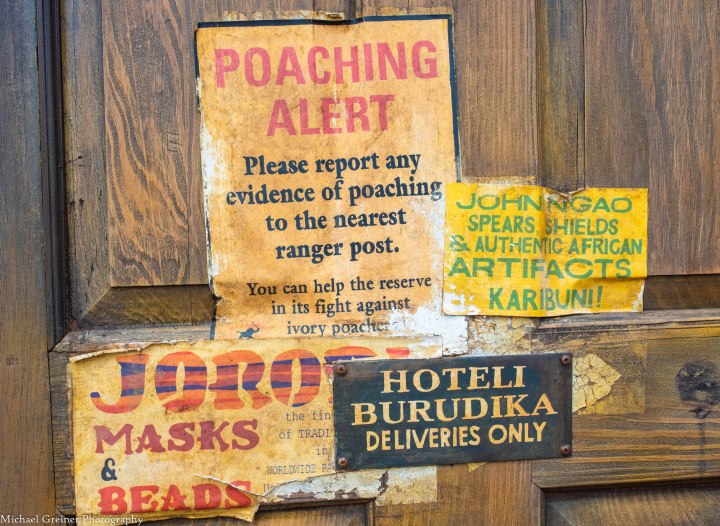 Literally everywhere you look, relentless attention to detail is paid. 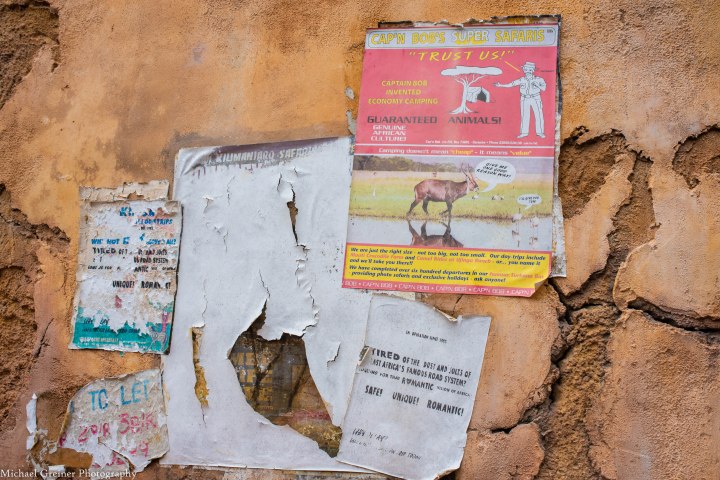 Animal Kingdom is Walt Disney World’s most thematically cohesive park and I always try and remember to appreciate that while touring. 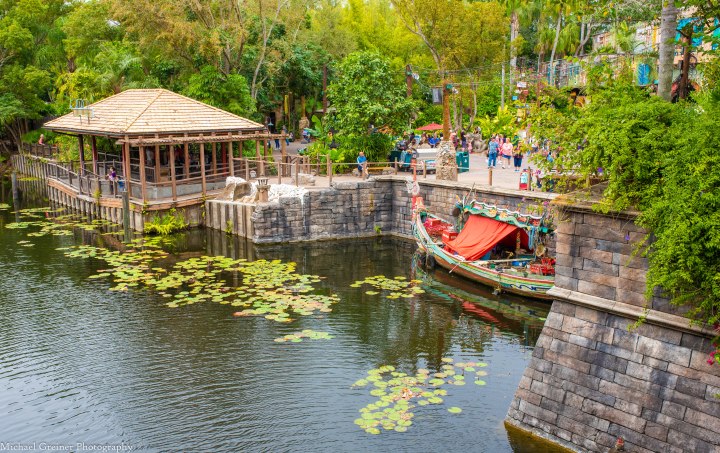 One of the most recent additions to the park is a roaming character experience with Kevin for “Up”. 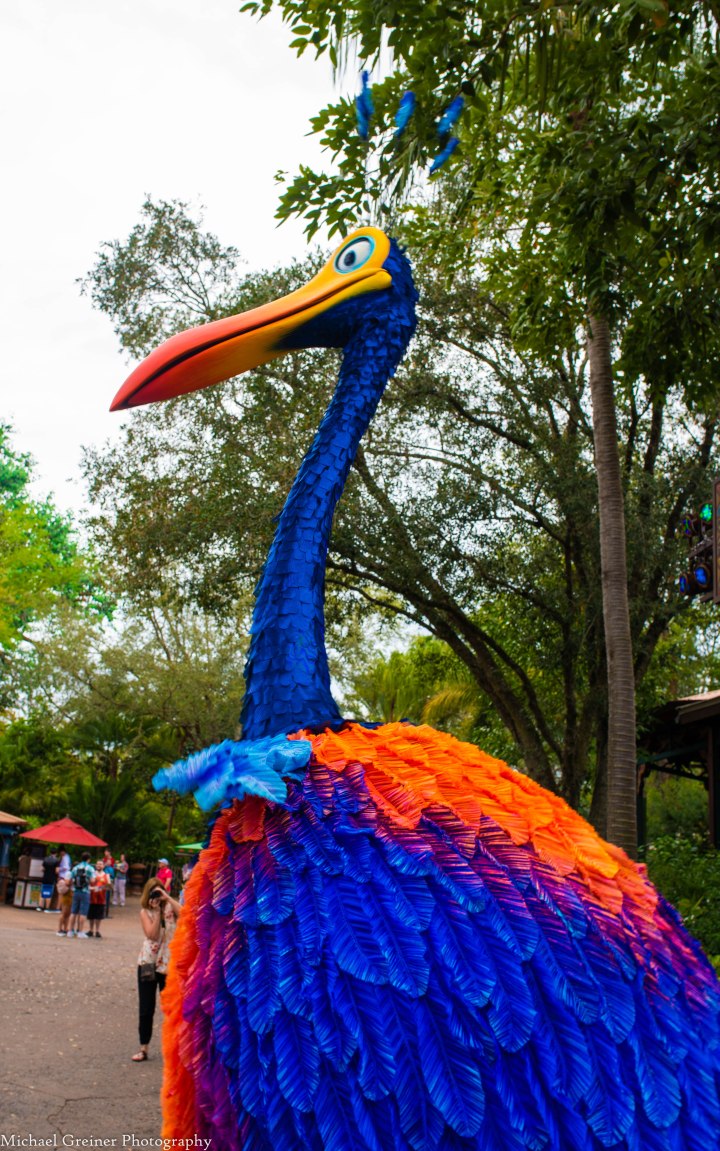 Kevin has received quite a bit of hype and praise online and it is entirely justified. The character is filled with personality and is really just so much fun to watch and interact with.

She (yes Kevin is a female) begins her walk from the area in front of Flame Tree BBQ. From there she heads up towards the new Up bird show and then back again. She appears throughout a large portion of the day with her last walk occurring around 4:00 or 4:30. Its possible this will be extended to later in the day now that its starting to stay light out longer. 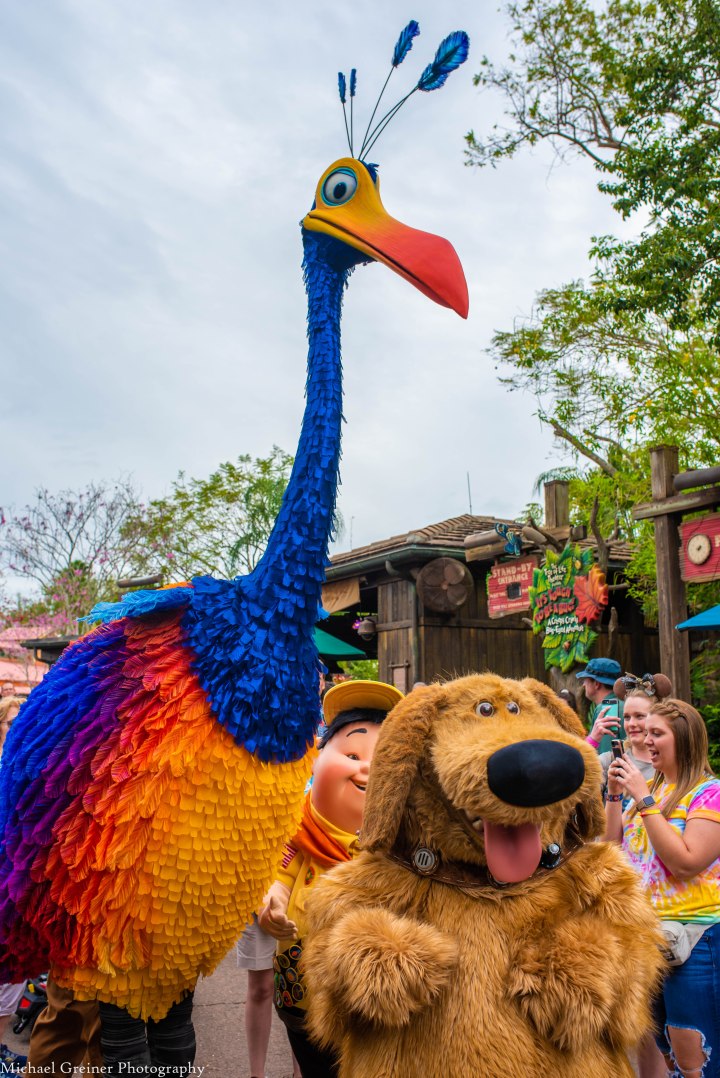 She was super excited to come across her pals Dug and Russel. 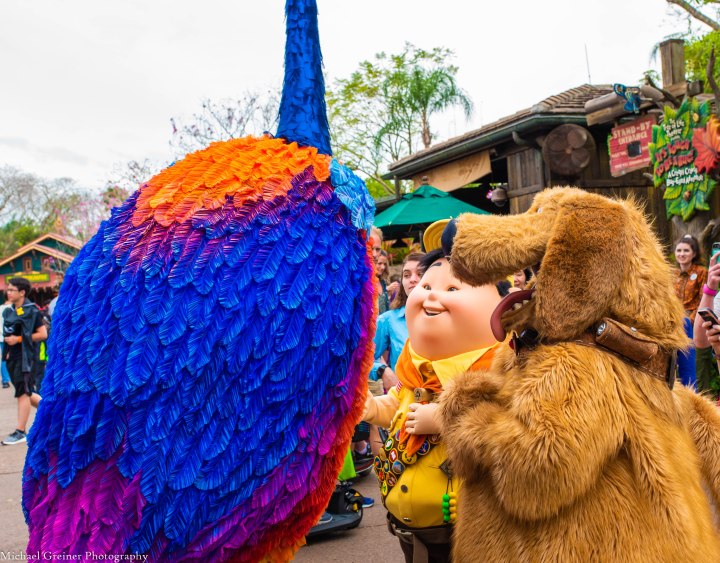 Here is a video I posted to facebook a ways back of my encounter with her. Watch all the way through for the best part.

This is a great additional all around and shows that simple, non expensive things can go a long way in improving guest experiences.

Another simple yet super cool thing here is the “Winged Encounters” experience which takes place in front of the Tree of Life a few times throughout the day.

Seeing the macaws come soaring in all at once is thrilling. Its even more excited when they make their exit as they fly super close to the top of the crowd’s heads.

Continuing on, lets head over to Pandora.

The bridge into the land provides just one of many spectacular views throughout the park. On the right is the Nomad Lounge which is a great place to relax and take in the scenery. 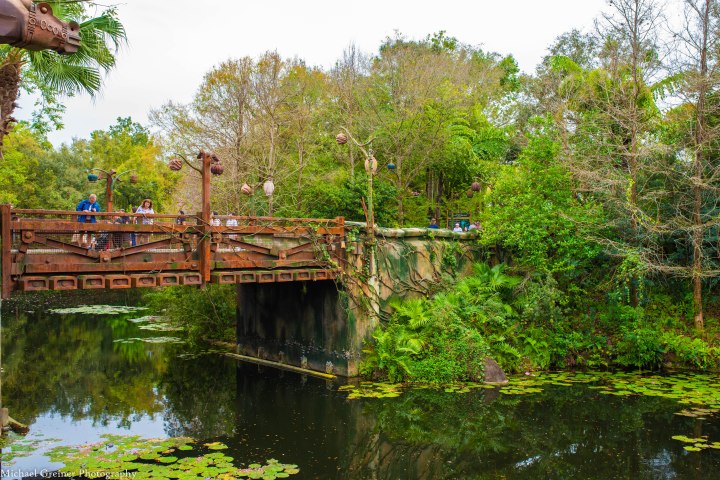 Here is the view from the outside deck area of the lounge.

I’m sure most of you already know this, but Pandora is pretty incredible. It’s pretty amazing that the land, which is connected to a film that few have a strong emotional connection with, has continued to be a juggernaut of a draw almost 2 years in now.

Wait times continue to be up across all of Animal Kingdom and Pandora is the reason why. While Flight of Passage is the main draw, the land itself is no slouch. Its really an awe inspiring atmosphere.

The “Walt Loves Podcasting” fellas did a great show in which they discussed in detail why Pandora continues to be a game changer, as well as why Toy Story Land failed to have that same effect over at Hollywood Studios. I strongly suggest checking that out when you get the chance!

Luckily for Hollywood Studios, Galaxy’s Edge will not have that problem but that’s another post all together! 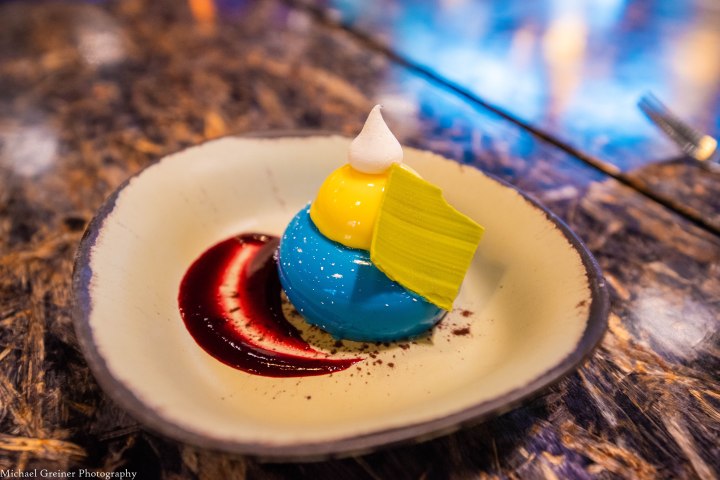 Satu’li Canteen remains one of the best counter service restaurants in all of WDW. I had already had a great meal at Tiffin’s this day, so I just stopped in for this seriously delicious blueberry cream cheese mousse dessert. So good!

This post has gotten pretty long so we’ll rap things up with a nighttime ride on Kilimanjaro Safaris. 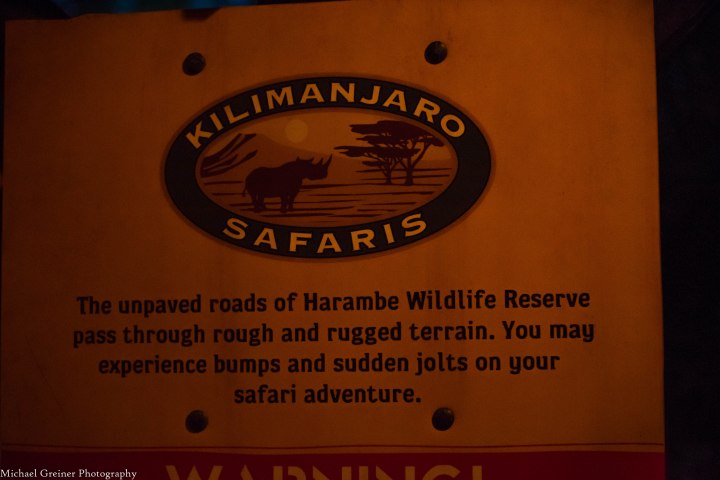 This is probably the least successful aspect of Animal Kingdom’s transition to being open after dark.

The entire journey is very dark and you really can’t see much.

Here is what it looks like out on the savanna portion of the ride.

Behind the trees you see the “eternal sunset” Disney advertises for the night safari but it doesn’t do much to help you see anything.

That being said, I still enjoy it and recommend giving it a shot. While you can’t see as much, you can hear a lot more than you normally would. There is something thrilling about driving around in the dark and hearing all of these wild animals around you. The lions are also much more active at night and a couple times we hear loud roars from their area which was just awesome! 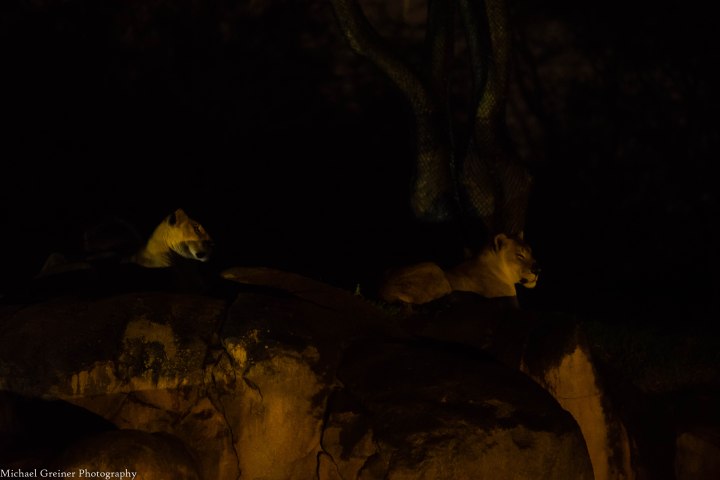 To sum things up, we love Disney’s Animal Kingdom! Even beyond the rides, its simply a joy to roam around and explore. I hope you enjoyed this little photo tour as much as I did creating it!

One thought on “A Walk Around Disney’s Animal Kingdom: March 2019”