Today we are going to keep things simple and take a ride on “The Happiest Cruise That Ever Sailed Around the World”. It’s A Small World Debuted at the 1964 World’s Fair before the original version was moved over to Disneyland Park where it opened in 1966.

A clone of the ride opened along with Magic Kingdom park on October 1, 1971. 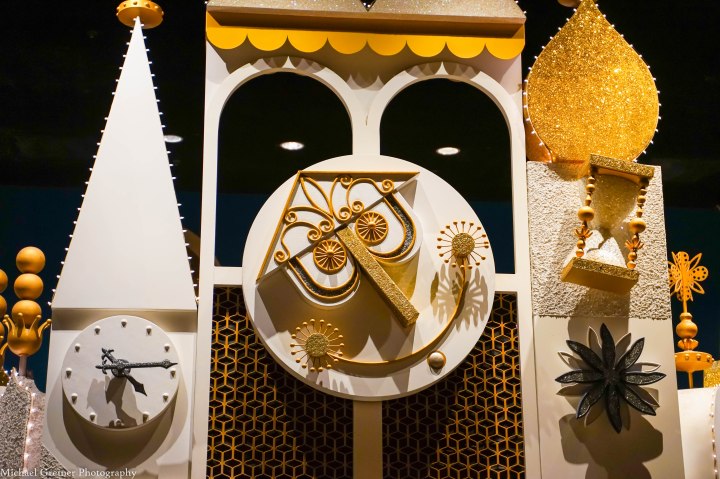 While the Florida version is fine, we prefer the Disneyland version as its a bit longer, features the beautiful outdoor facade and has a great Holiday overlay during the Christmas season.

Additionally, the DL version also had a 2008 update which added dolls based on various Disney characters throughout. This was a controversial change but we like it as it gives you a little something extra to look out for while riding. 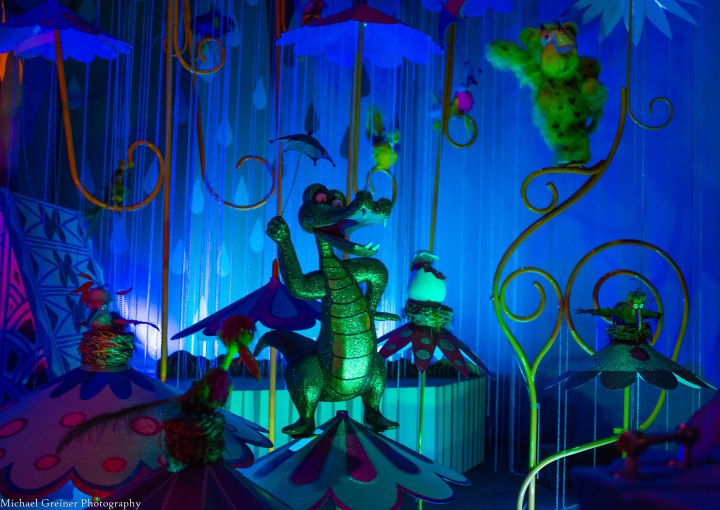 Disney legend Mary Blair is responsible for the artistic design of the ride. Blair is well know for her whimsical designs and color styles.

Another Disney legend, Marc Davis designed the ride scenes and characters (as he did on several classic Disney park attractions). The ride features over 300 audio animatronic dolls which were designed and sculpted by Blaine Gibson. 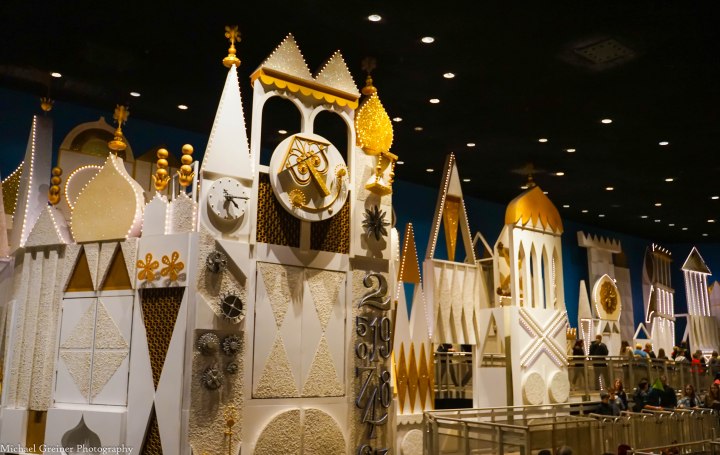 Perhaps most iconic, the ride’s title song was written by the Sherman Brothers. The song is sung on an endless loop in various languages throughout the ride. The song has a bit of a poor reputation as it tends to get stuck in your head and can be a bit on the annoying side. Disney even poked fun at this themselves in the Lion King.

We like the song, but mostly out of nostalgia. It’s not something we would listen to outside of when riding.

With that bit of backstory out of the way, let’s take a ride on It’s A Small World. All photos in this post were taken during a single ride through. I was traveling light this way so I shot with my Sony A7II full frame mirrorless, and the Tamron 28-75 f2.8 lens. 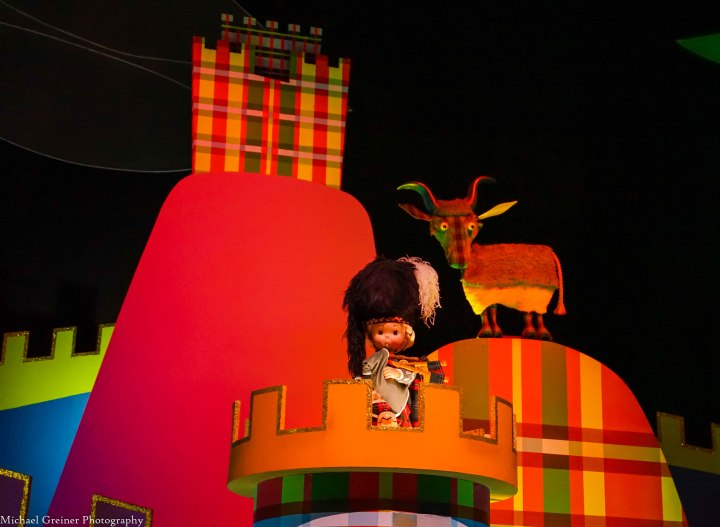 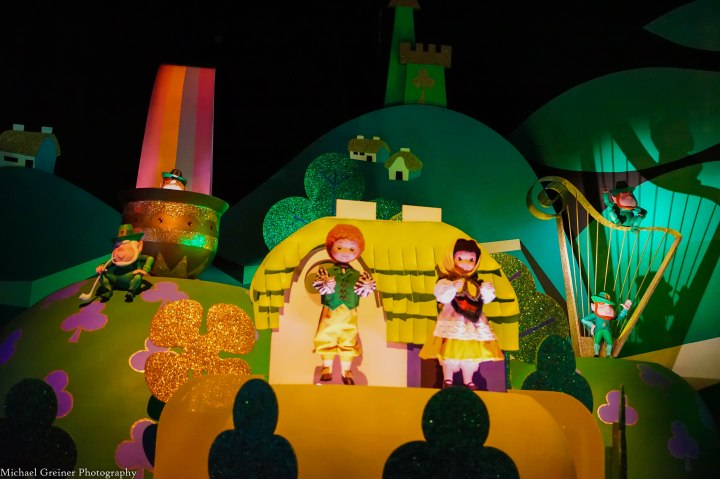 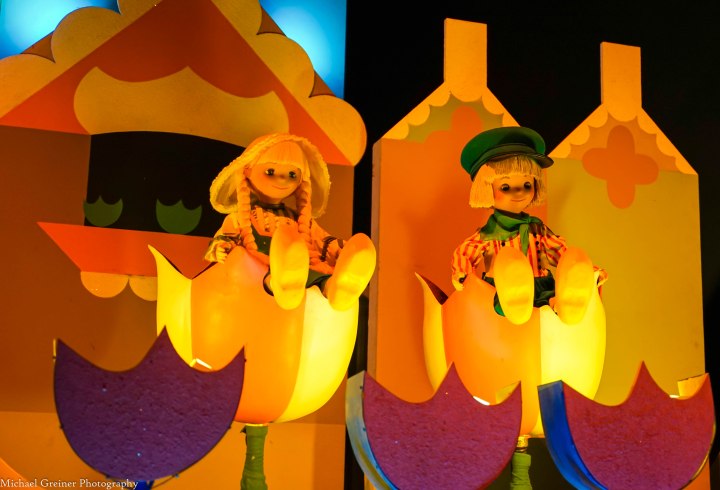 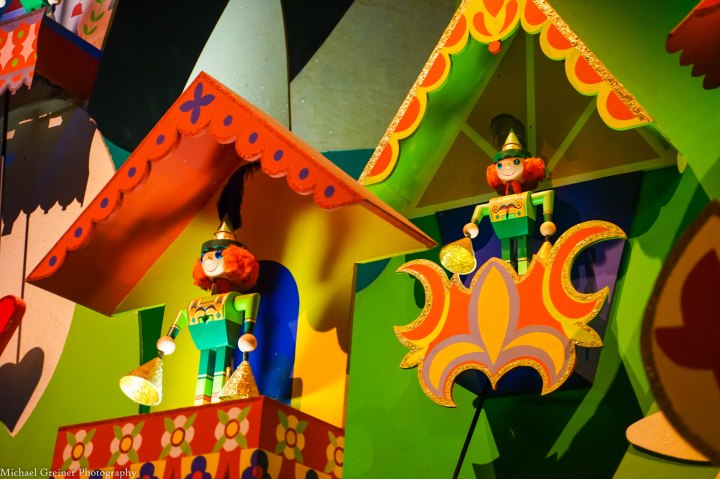 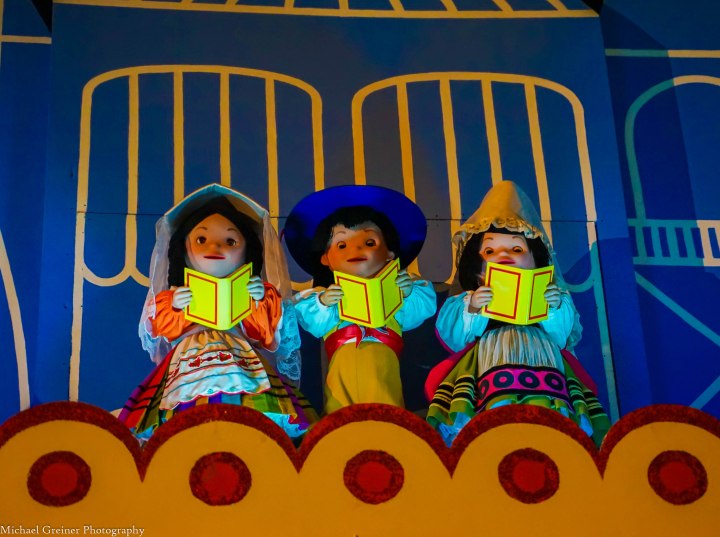 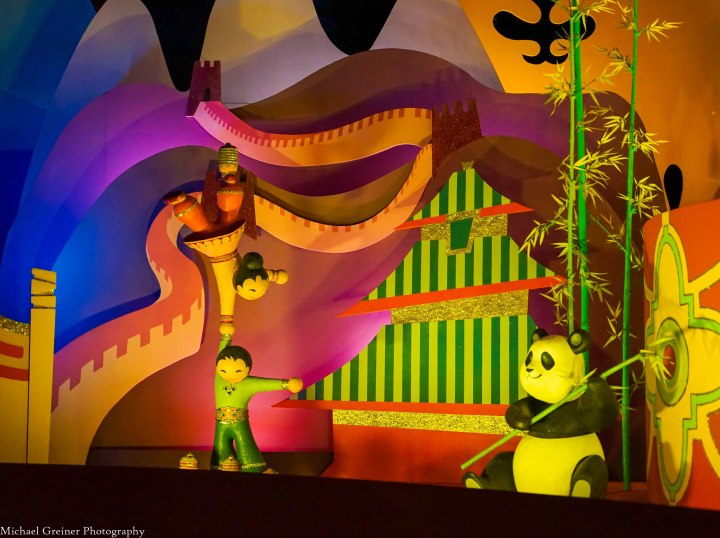 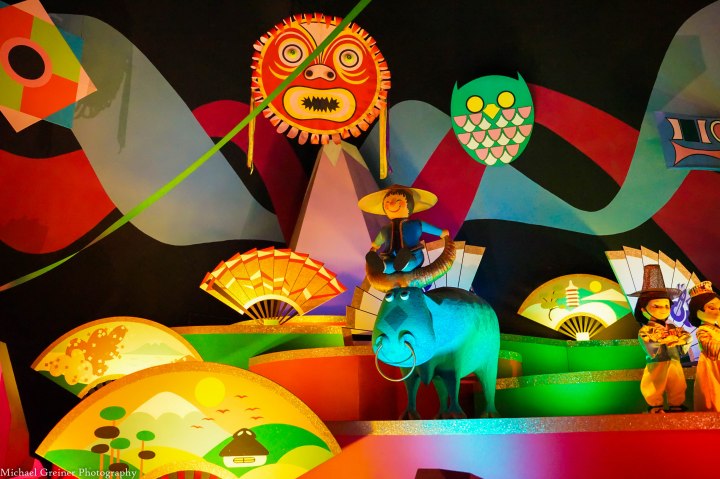 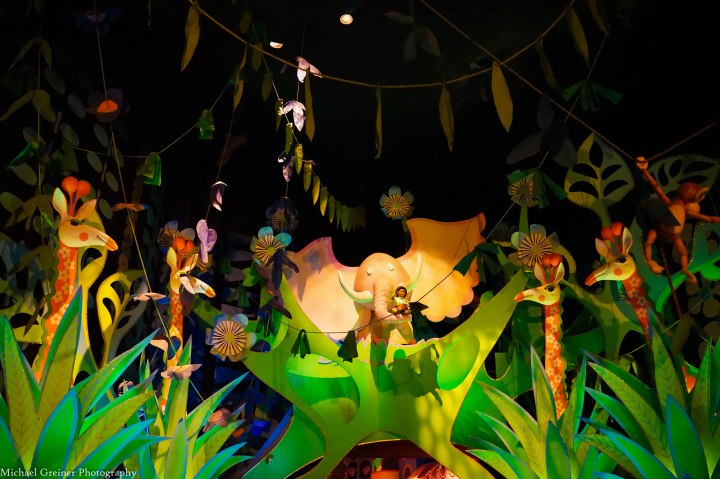 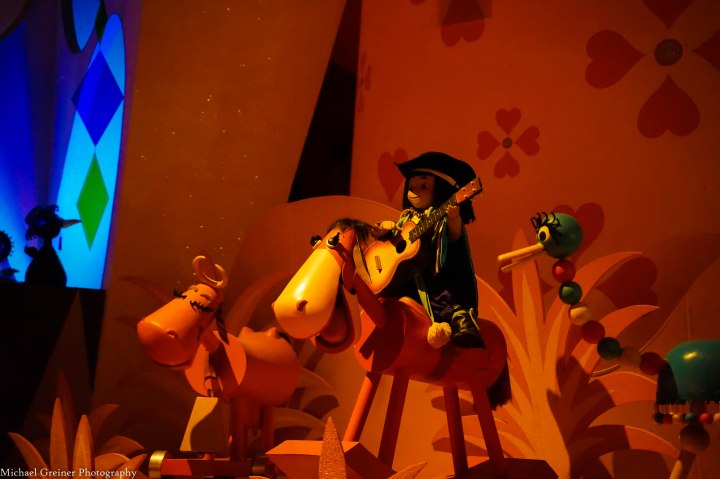 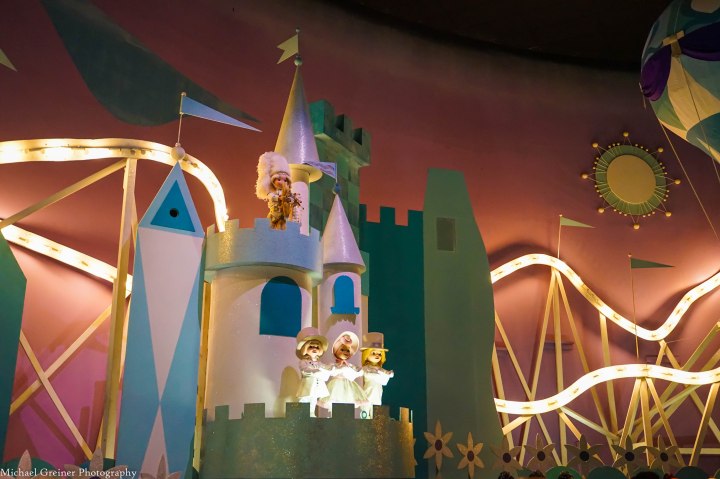 I hope you enjoyed this little photo tour of a classic Disney World attraction. Thanks for taking the time to check it out!