In this post we will take a look at our very favorite attraction in all of the US Disney parks. Disneyland’s Fantasmic is a masterpiece and should not be missed by any means. While we love Fantasmic at Walt Disney World (it ranked #1 on our Top 11 Shows At Walt Disney World list), it is still significantly inferior to its original DL counterpart.

While the general theme and story are the same at both WDW and DL the same, the DL version has a better overall score, a much better stunt scene in the middle, and a much much better dragon.

That being said, the DL version underwent a massive refurbishment / re-imagining  in 2016 before re-opening as basically Fantasmic 2.0. While this re-imagining added some cool special effects, we actually prefer the previous version quite a bit. The score was altered for the worse and we preferred pretty much every scene which was replaced over its replacement.

Here is a look at some moments from Fantasmic 1.0 that didn’t make it into the newer version.

The little Pinocchio scene was removed, setting a common theme for the re-imagining. Many old classics were removed to include newer franchises and characters. 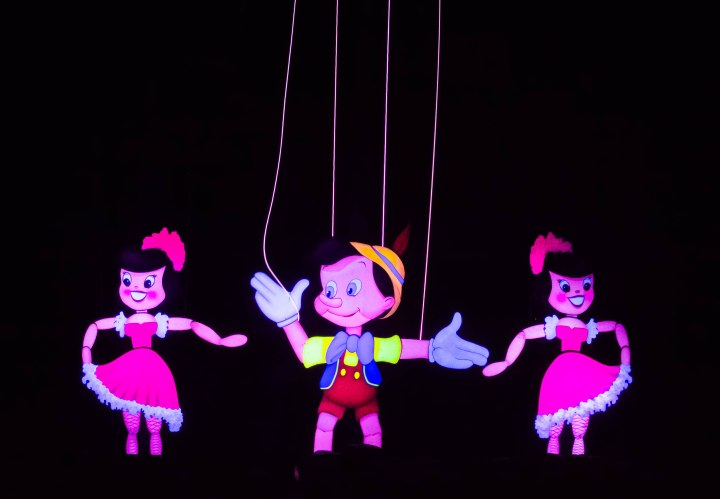 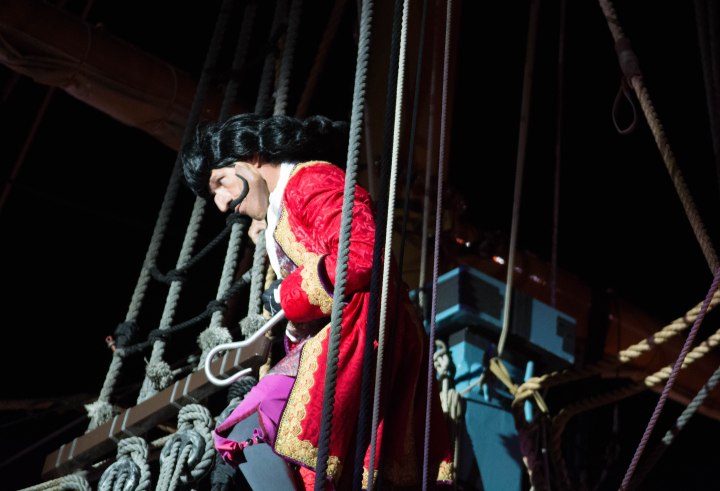 The Peter Pan stunt show has been replaced with Pirates of the Caribbean. Both scenes are great. If I had to choose I’d still go with Pan for nostalgia’s sake. 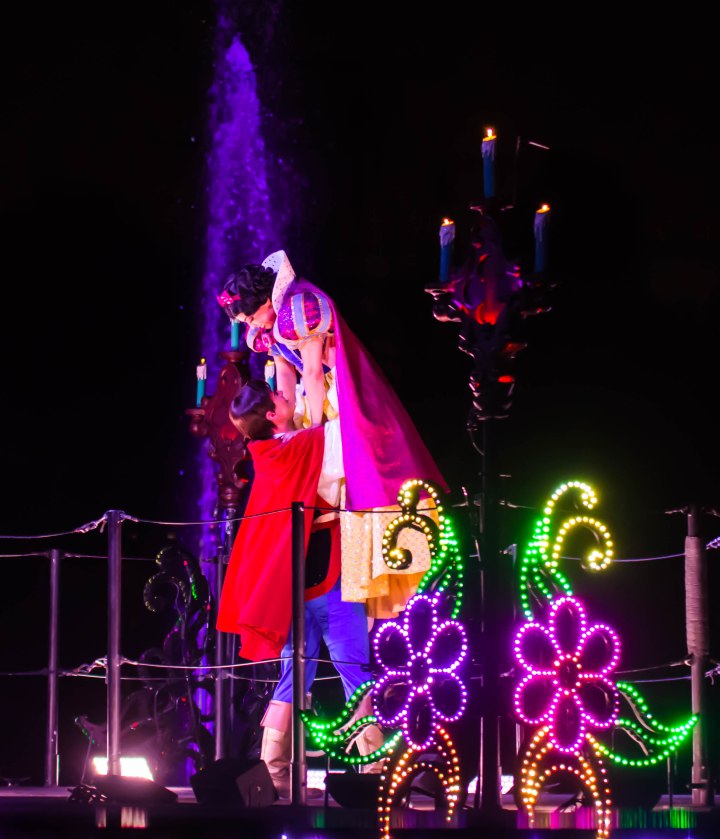 Snow White and Prince Charming were replaced by Rapunzel and Flynn in the new version. The change is fine I guess. Again, it just saddens me a bit to see most of the more classic characters removed.

Perhaps the biggest loss is the Evil Queen casting her spell with her bubbling cauldron, then transforming into the “old hag” disguise. This scene remains in the WDW version. In the new DL version, the hag just appears already transformed.

My lamenting the loss of the original version aside, the new version of Fantasmic is still absolutely wonderful! If I had to choose only one way to end a night at any Disney park in the world… this would be it. 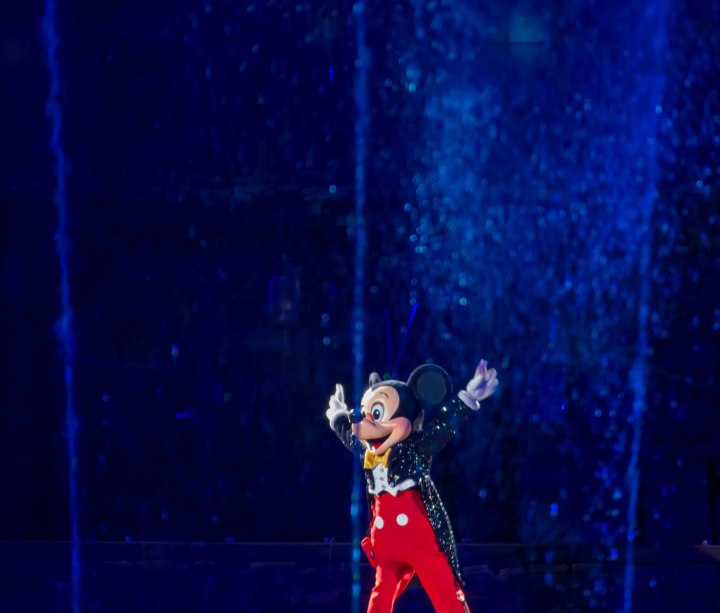 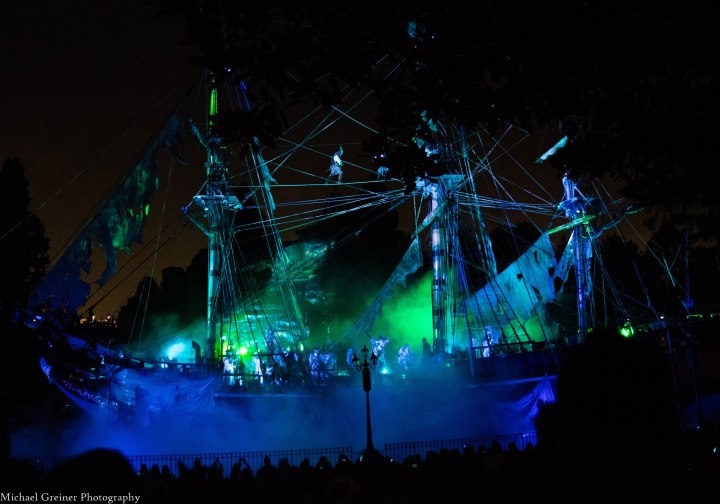 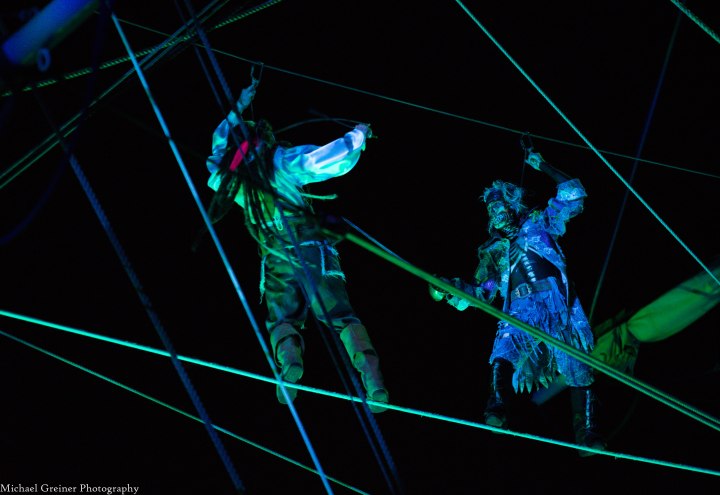 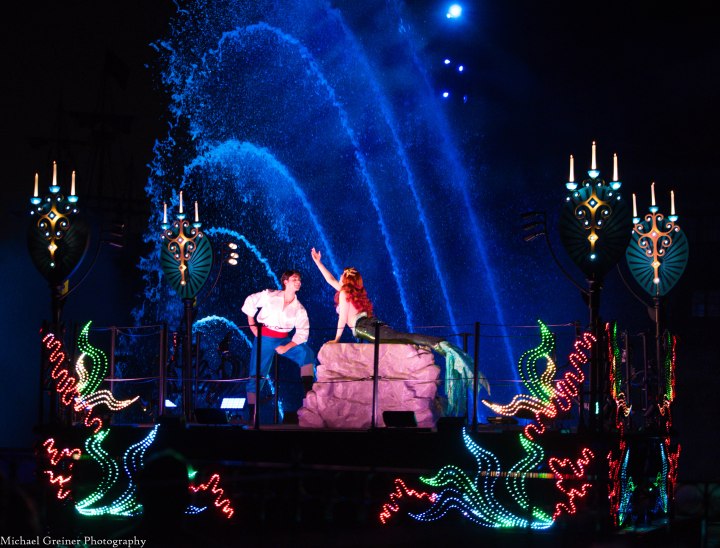 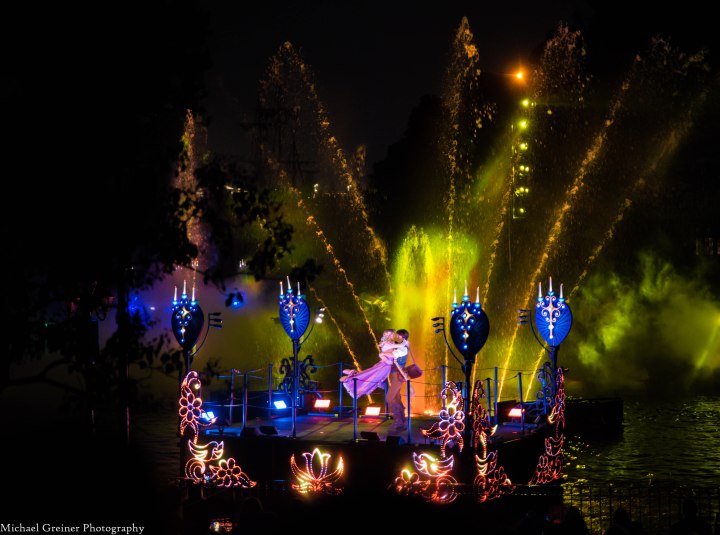 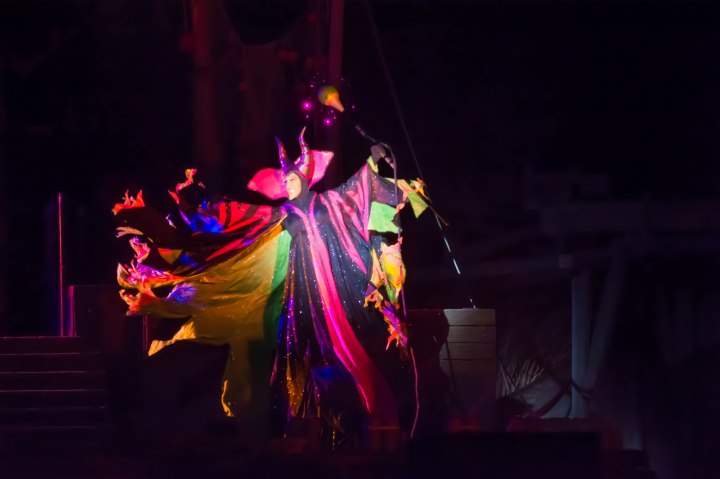 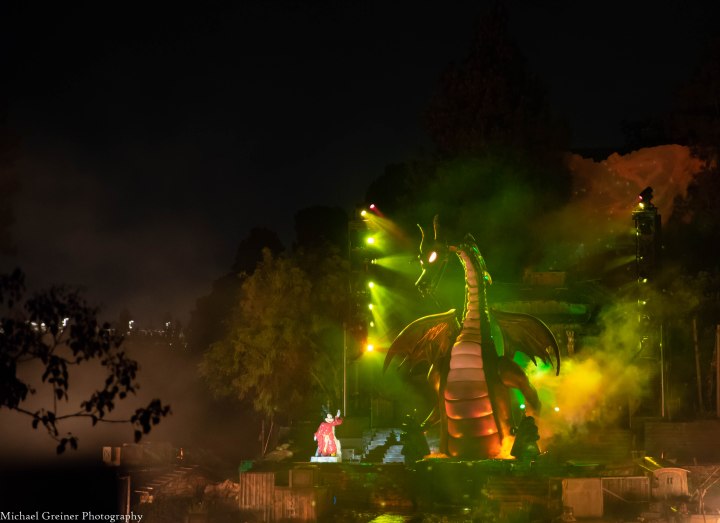 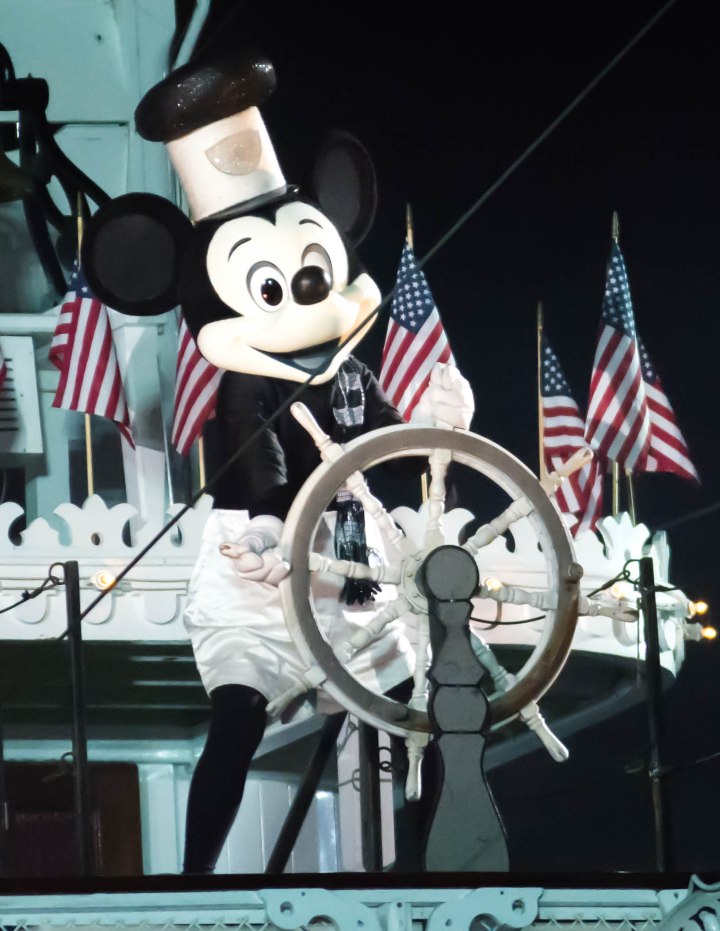 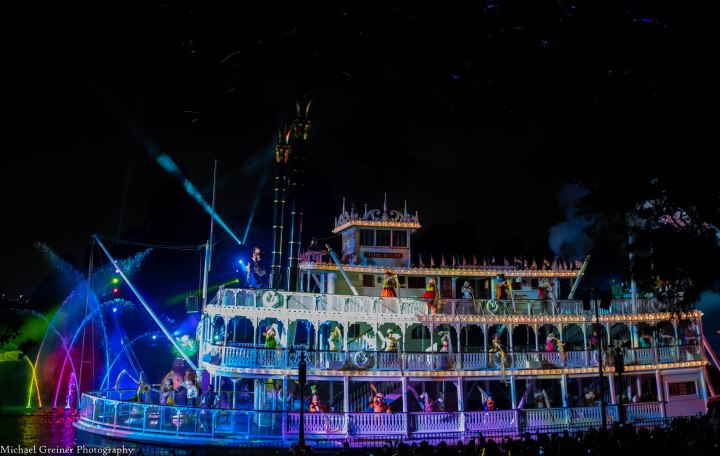 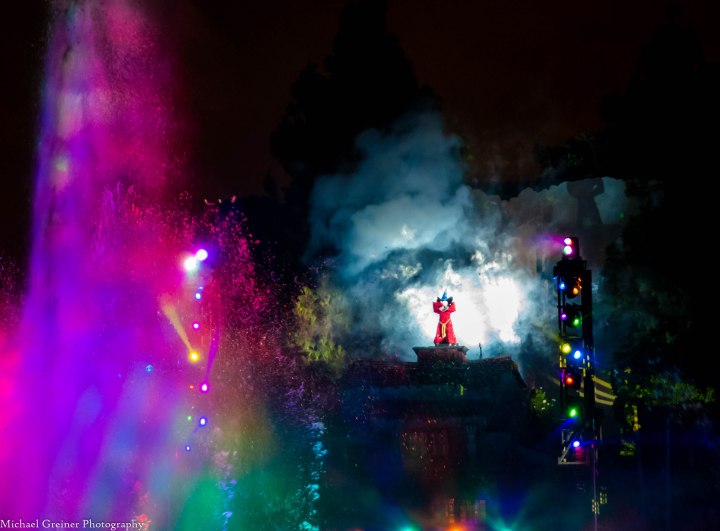 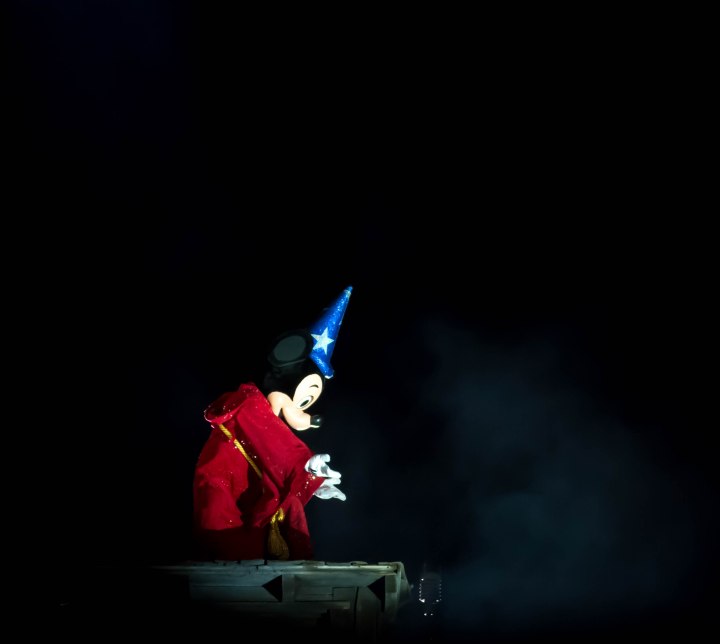 One thought on “Let’s Watch… Fantasmic 2.0 at Disneyland”