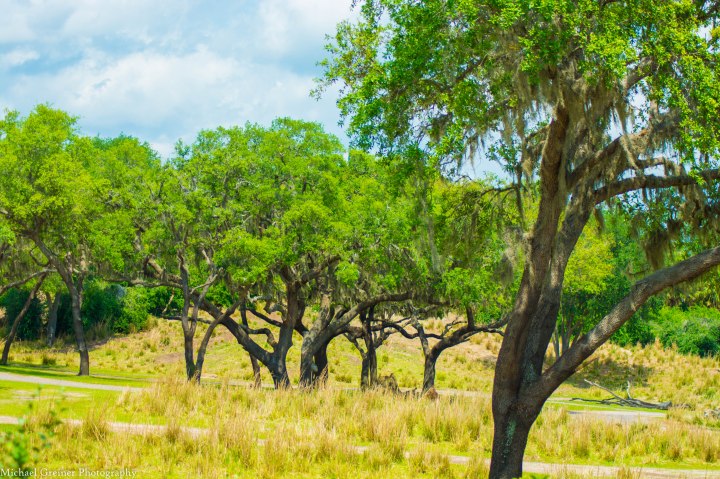 As mentioned in our Top 11 Rides at Walt Disney World post, an attraction like Kilimanjaro Safaris was a long time coming for Disney Parks. Walt’s original vision for the Jungle Cruise at Disneyland was to include live animals. While multiple issues prevented that from happening at the time, the idea never completely left the Imagineering drawing board. When Disney decided to build Animal Kingdom in the 90’s, it was time for Walt’s vision to finally become a reality.

Averaging around 20 – 25 minutes per trip, no two safaris are exactly the same. Because of this, the ride has huge multi ride appeal. Sure, the general path is always the same, but you never know what type of animal behavior you might get to see each trip. Due to this, we always ride multiple times each trip.

So, let’s take a ride on Kilimanjaro Safaris. This is from a trip back in April of this year. 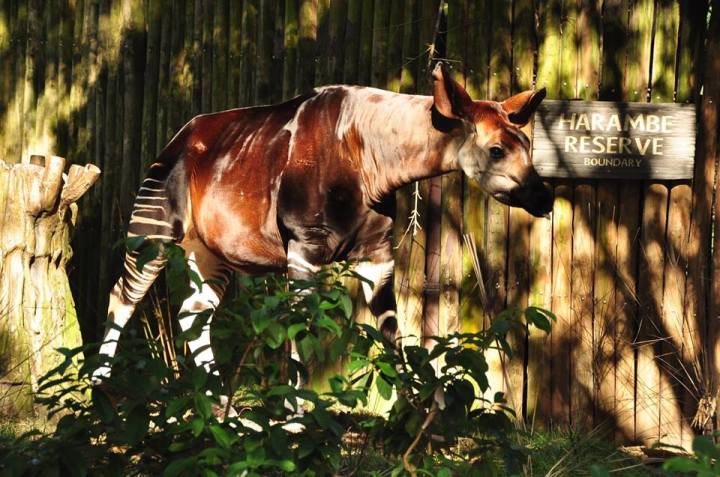 The Okapi is typically the first animal you will come across. 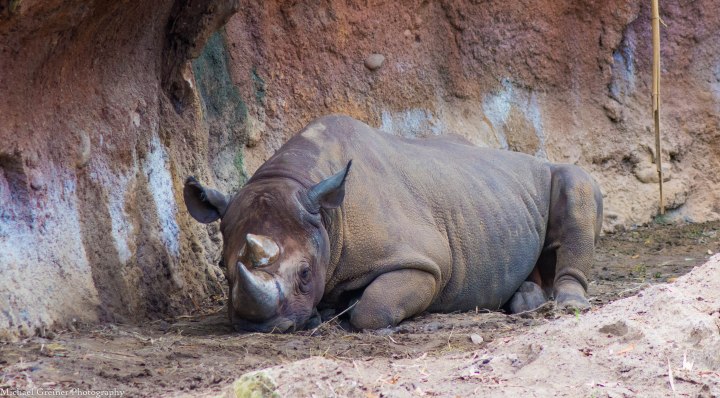 Early on you will often see some Black Rhinos. 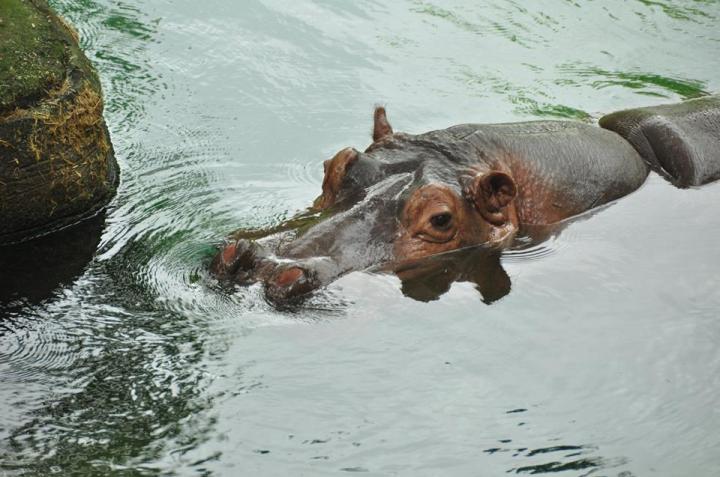 Hippos can be hit or miss due to them staying under water for long periods at a time. If you miss them here, you will likely still be able to see them on the Gorilla Falls Exploration Trail. The trail starts near the exit to the safari ride.

The savanna makes up a large portion of the ride and its beautiful. I’ve been on the safari ride at Six Flags Great Adventure here in NJ and its a complete joke compared to what Disney has created with the environments here.

Often, your truck will have to come to a temporary hold as there is nothing preventing the animals from walking on the roads.

The giraffes are always a highlight. 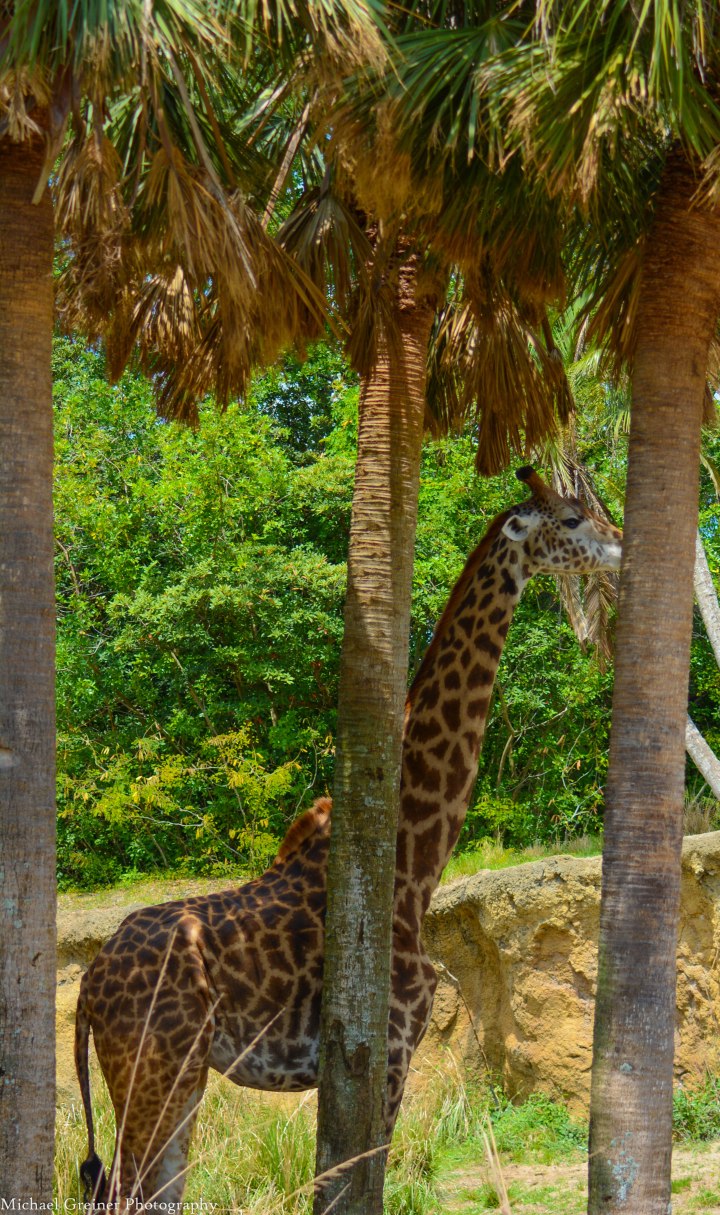 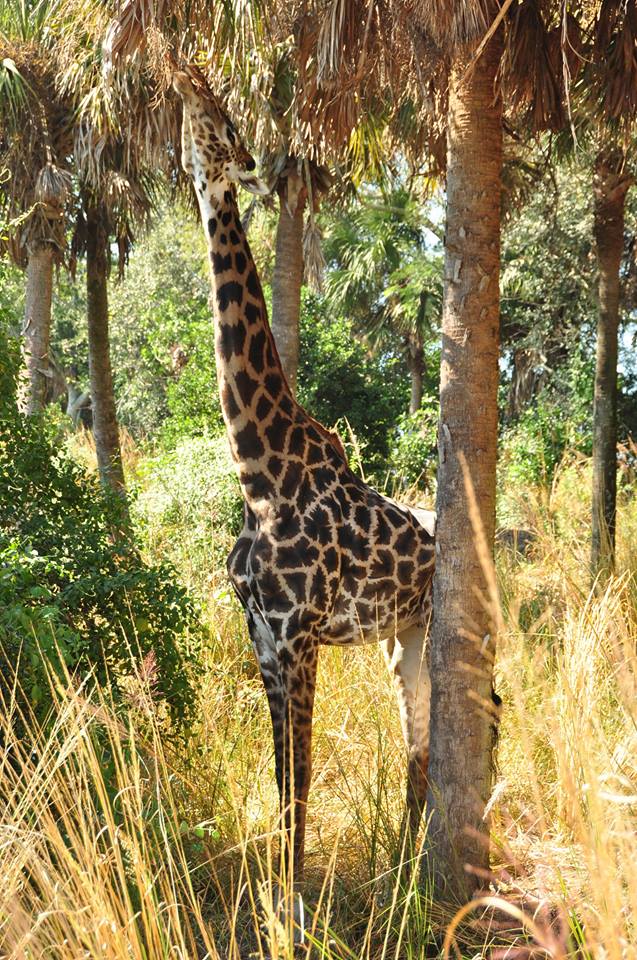 Likewise, the elephants can be an absolute joy to watch as well. On this particular trip, an elephant was bathing himself in the watering hole. It was one of the coolest things I’ve ever seen. 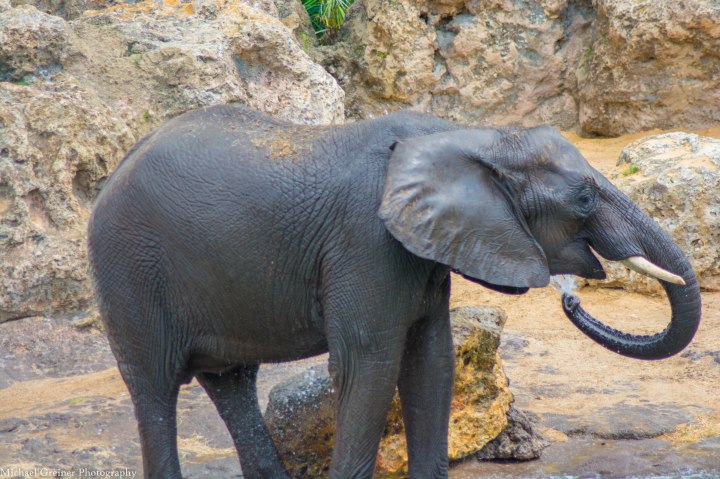 Baby Stella has been fun to watch grow over the past year as well. She is already much bigger than she was in this photo from just a few months ago. 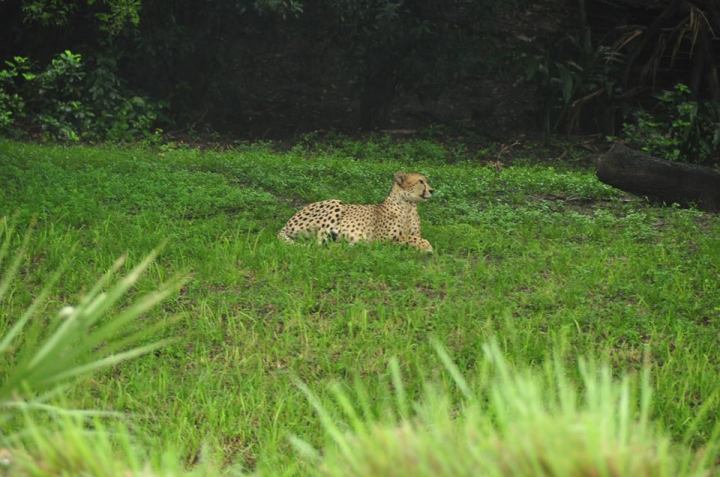 Here, we see some White Rhinos. I’ve had rides where the Rhinos were playing with each other by charging and locking horns. Really neat stuff. 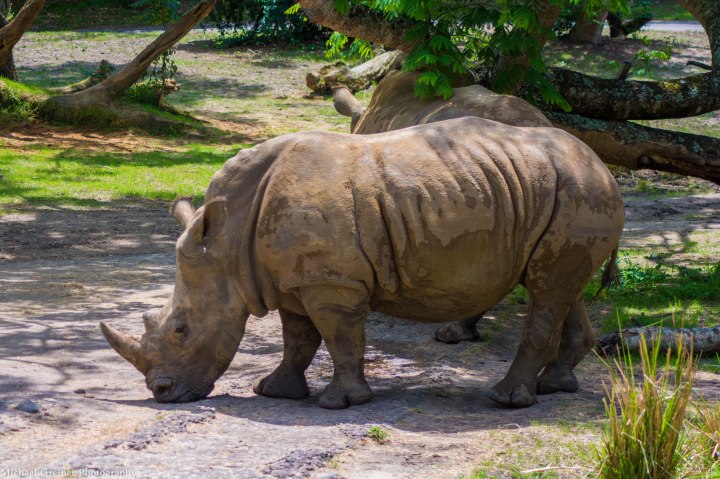 The big finale of the ride is the lions. Depending on the time of day, they are not always very active or easy to spot. We got pretty lucky on this trip. While they were lazing around, they were at least all in good view of the truck. Ride in the evening to have a better shot of the lions being active. 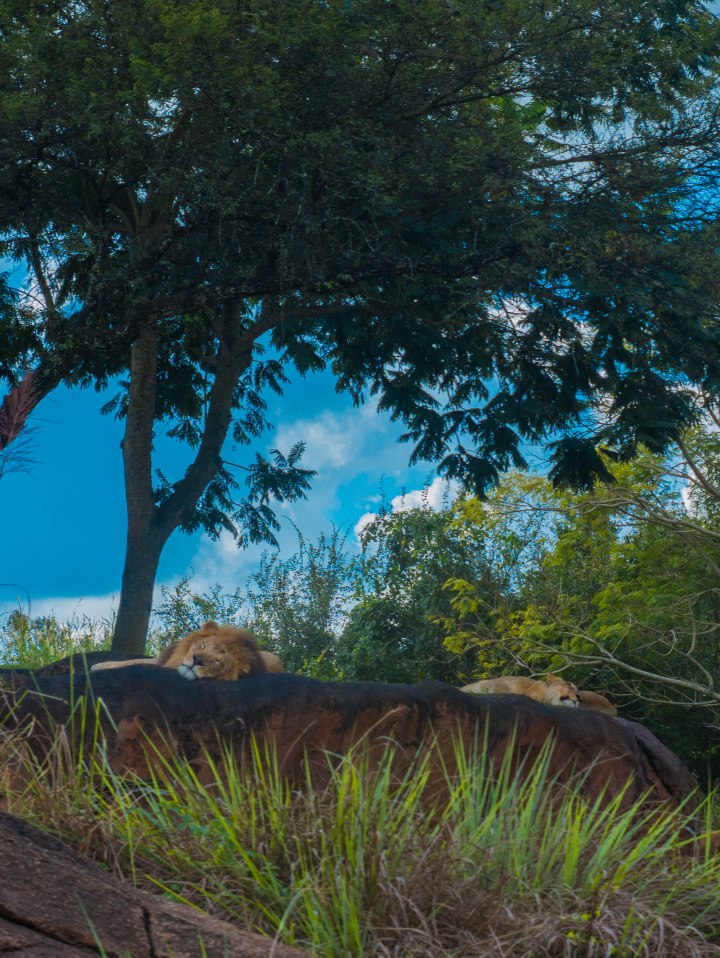 I hope you enjoyed this little trip around Kilimanjaro Safari’s. In an upcoming post, we are going to look at something you may want to consider if you, like me, can’t get enough of these wonderful animals.

For now, I’ll leave you with that little tease. Thanks for reading!