Debuting back in 2016, Club Villain was an in park upcharge event at Disney’s Hollywood Studios. The event was a 2 hour long dinner show, which not surprisingly featured several villains of the Disney universe. It was typically performed twice a night, 2-3 nights a week.

There are a lot of upcharge events these days at WDW, many of which are not worth consideration in our book. Club Villain was not in that category. On the contrary, we would wholeheartedly recommend this event to anyone. Sadly, the event stopped running in 2017 and is unlikely to make a comeback. It was held in the Sunset Showcase theater which is currently being turned into a “Cars” themed show attraction.

The dinner show cost $99 per person by the time we saw it in late November 2016 (not including admission to Hollywood Studios). I believe it  started out as $129 a person when it first debuted. This is another case of Disney having to drop a cost due to pushing their luck with initial pricing.

I realize that even $99 a person is expensive, but we feel that what you got for the cost was well worth it. The event included a full dinner buffet (the food was really good too), a bar featuring adult beverages themed to each villain, a bunch of fun villain themed desserts, 2 hours of live entertainment and the chance to meet and interact with several rare characters without a wait.

The show was led by the underrated Dr. Facilier of Princess and The Frog (also underrated) fame, and emceed by a unique to this show character named Kanzo.

Throughout the show, Kanzo belted out covers of various songs, both Disney and non-Disney related pop songs. Whenever he wasn’t singing he was still keeping the party going making sure everybody was dancing out on the floor.

His “assistants” helped keep the energy up as well. The party never slowed down at any point during the two hour run time.

The real highlight of the show though, were the four villains you could meet and interact with. Each table was assigned a time to go up and meet each villain. This worked wonderfully as not only did it prevent you from having to wait on a line, but it allowed a long and fun interaction with each character. The four villains were:

Maleficent was great. She was very unhappy to hear that we were at WDW on our Honeymoon, yet she had not been invited to our wedding. She is probably our favorite Disney movie villain and it was great to interact with her.

When we arrived at Cruella’s area, she was just finishing up with these kids in the photo. She was on the phone trying to get them to help her trick a local pet shop into adopting some puppies. As she was saying goodbye to them, we asked the photo if we could pose for a photo on her couch. She saw us sitting there and jumped in front of us striking various poses for the camera. She then chastised us for trying to “steal her spotlight”. It was a hilarious interaction and one I’ll never forget.

The Queen of Hearts

The Queen of Hearts was not only the best part of this event, she was the best cast member character I’ve ever interacted with period. Whoever the cast member was, I hope shes been promoted 5 times over already.  She was completely crazy and absolutely hilarious.

Here she is forcing two children to fan here while she tells them how great she is. 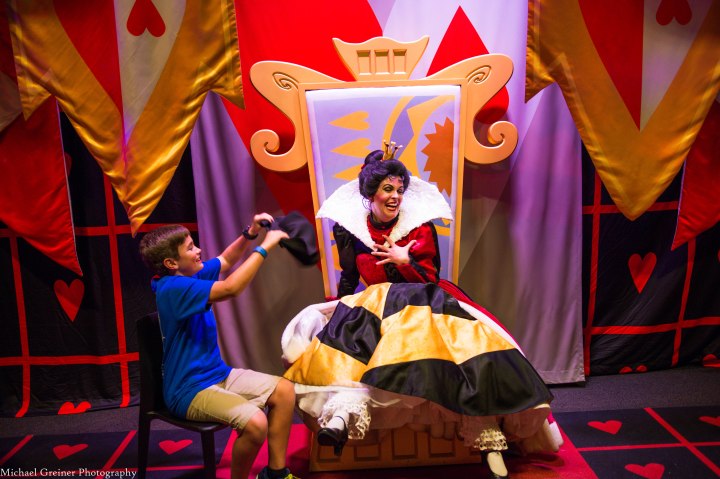 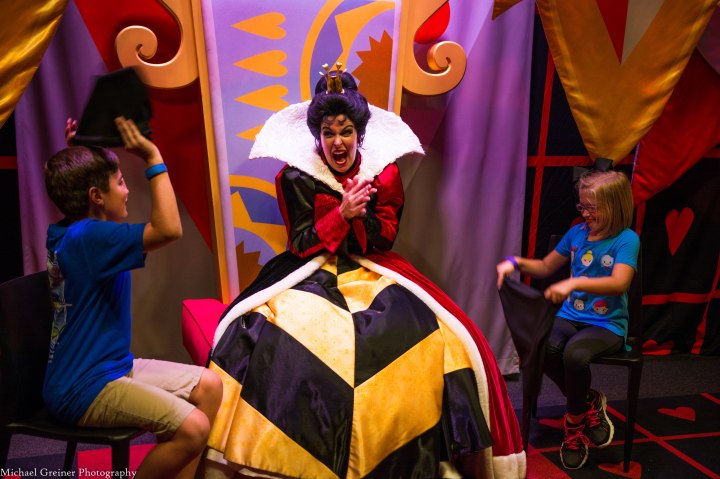 Seriously, she was awesome! 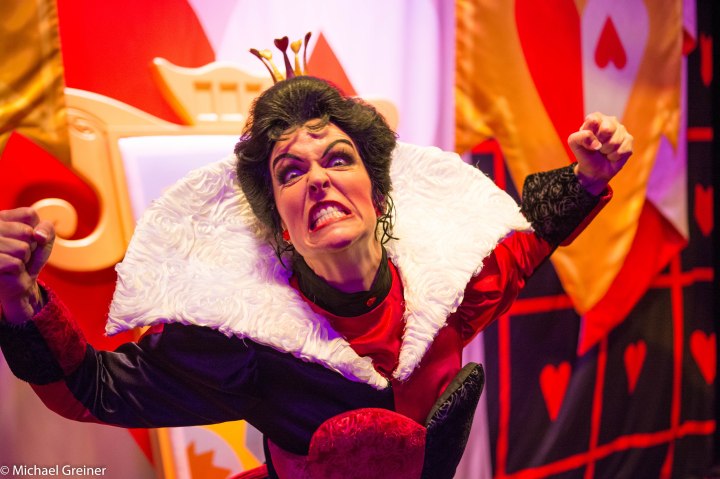 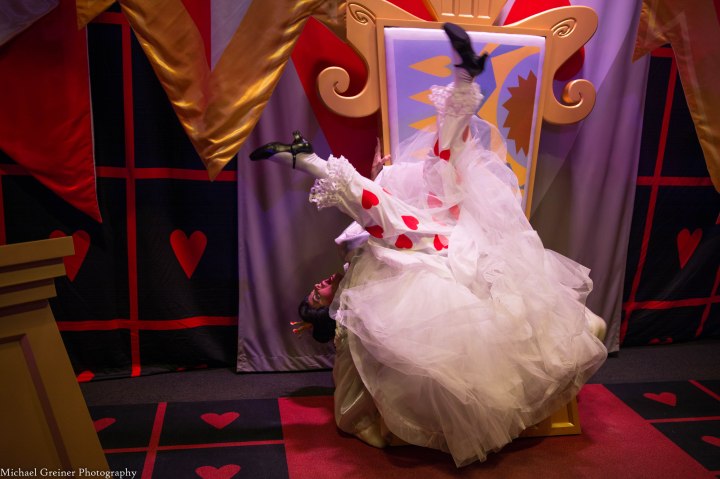 A tough act to follow after the Queen of Hearts, but the Evil Queen was great too. I was impressed by her ability to keep a permanent scowl on her face the entire evening.

In a cool moment, we were interacting with the Queen of Hearts again we looked over and noticed the Evil Queen was staring at us in jealousy.

It was actually kind of intimidating at the time. It was a nice touch that showed the characters were always on throughout the night; aware of their surroundings at all times.

I didn’t take any photos of the buffet items on the menu, but they were solid. I remember the options included sticky wings, shrimp, andouille sausge, veggies, potatoes and rice. There were more which I am forgetting for sure. All the food had a Cajun flair to it and it was all very good.

I did at least think to take photos of the desserts. Each villain had their own table near their areas serving desserts themed their respective location. 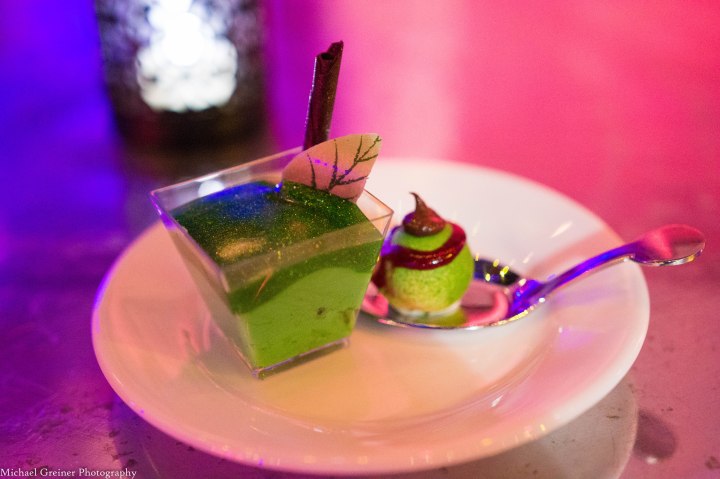 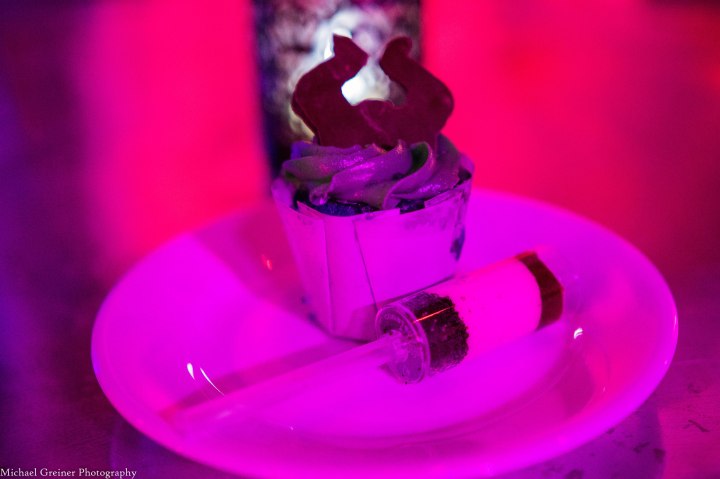 These desserts were all pretty solid, in line with what you would expect to find at the current HAE dessert party.

Here are a few more photos from the event. 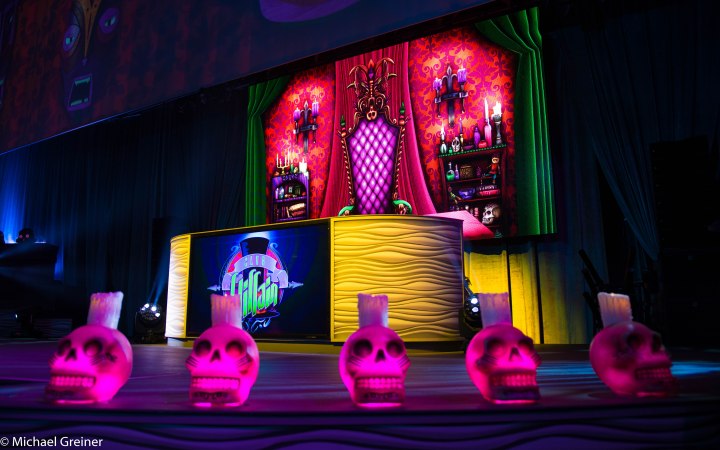 Overall, we had an absolute blast at Club Villain and are sad that it seems to now be a permanent thing of the past. Sometimes we disagree as to which upcharges are worth it, but here we both felt we easily got our moneys worth. The food was delicious, the entertainment was fantastic and the character interactions were the best we’ve ever had.

I’m actually quite surprised Disney ended this event as it was popular at the time, selling out pretty much every show once the price was lowered to $99 a person. Perhaps at that cost, it wasn’t enough of a profit for Disney to keep at it. Seems like it should be but who knows. Disney has crazy high profit margins so if something is on the lower end of that they may not bother with it.

Alas, we will always have our memories and it was fun to share them with all of you here. I hope you enjoyed reading along!

2 thoughts on “A Tribute to Club Villain”